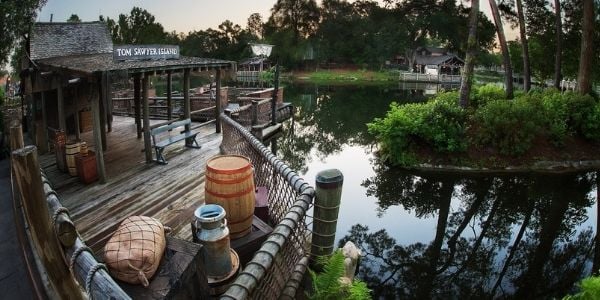 Since opening in 1971, the Walt Disney World Resort has offered millions of Guests some truly magical experiences. From imaginative rides like Splash Mountain and “it’s a small world” to incredible theming and genuinely fun activities, many Guests have come to love the Parks and call them their “second home”.

But over the years, many people have started to point out some rather insensitive or offensive aspects of rides or even whole attractions. We have seen this in numerous ways, most notably with Pirates of the Carribean such as the infamous bride auction scene as well as other attractions that Disney has opted to make more inclusive. Recently, DIsney made a change to one of the most classic attractions in all of the Park’s history.

Tom Sawyer Island, found at both Disneyland and Walt Disney World, is an attraction that has lost reached a cult-like status for Disney fans and Guests alike. For Guests willing to brave typically scorching boat ride over to the island, tons of fun awaits. But recently, Disney changed these boats specifically to be more inclusive and less racially insensitive.

In a tweet from @wdwfacts, you can spot the changes made to the actual rafts. See the full post below:

The Walt Disney Company decided to get rid and paint over the Injun Joe name on the Tom Sawyer island Raft, to not hurt peoples sensitive feelings in the Magic Kingdom. Do you like the change or disagree with it?

The Walt Disney Company decided to get rid and paint over the Injun Joe name on the Tom Sawyer island Raft, to not hurt peoples sensitive feelings in the Magic Kingdom.

Do you like the change or disagree with it? pic.twitter.com/9NIkp4iqki

As you can see, Disney has removed the offensive term for Native Americans, leaving the signage blank now. Many Guests would say this is long overdue as it has stayed on the attraction since it opened. It is important to note that all names on the boats have been removed.

More on Tom Sawyer Island at the Magic Kingdom in Walt Disney World:

To reach the island, board a log raft for a piloted trip across the Rivers of America and disembark at Tom’s Landing. When you wish to leave the island, visit Tom’s Landing again for a raft ride back to shore.

In keeping with the laidback lifestyle that Tom is known to enjoy, you may experience a wait going to and returning from Tom Sawyer Island.

How do you feel about this change? Do you agree or disagree? Let us know in the comments below!