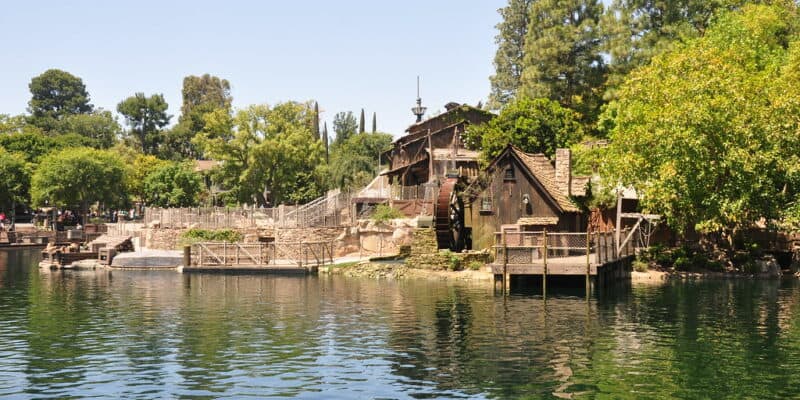 Tom Sawyer Island at Magic Kingdom in Walt Disney World has been reportedly evacuated as a huge security presence was seen and the Orange County Sheriff’s Office logged a suspicious person in the Magic Kingdom area.

According to WDW Stats on Twitter, Tom Sawyer Island was temporarily interrupted at approximately 5:52 p.m. on Saturday, September 4:

Tom Sawyer Island has been closed after an interruption of 9 minutes. http://wdwst.at/detail/80010220 #MagicKingdom #WDW #WaltDisneyWorld #DisneyWorld

Tom Sawyer Island has been closed after an interruption of 9 minutes. https://t.co/ciU5cCFM87 #MagicKingdom #WDW #WaltDisneyWorld #DisneyWorld

Reports claim that the island was evacuated, and Guests stated that they saw a large security presence in the area.

The Orange County Sheriff’s Office did log a suspicious person report at Caribbean Way in Magic Kingdom at approximately 5:48 p.m. ET, according to the official OCSO mobile app.

Some reports claim that a man was allegedly “dressed in camouflage” and holding a “hatchet,” and this led to the evacuation of Tom Sawyer Island. One Guest alleges that the person was a teenage male who had removed a hatchet prop from the island and was later arrested. However, at this time, there has not been official confirmation or further details regarding this incident. At this time, there are no reports of anyone being harmed.

This “apparent incident” has led to a lot of discussion in Annual Passholder groups on Facebook, with many Disney fans being confused about the situation and wanting to know what exactly happened to cause the evacuation. Many are wondering if the reported “hatchet” was real or fake.

Note that weapons of any kind are prohibited across all of Walt Disney World Resort property, and it would have been impossible for a Guest to get such an item past Disney security upon entering Magic Kingdom theme park through the front gates.

It is important to keep in mind that if an incident like this does occur, Disney Cast Members and security officials are at the theme parks in order to maintain a safe, happy, and healthy environment as much as possible and take incidents like this very seriously.

At this time the exact events and timeline of what transpired at Tom Sawyer Island this evening are not entirely clear, but Inside the Magic will update you as we get information. We also want to note that according to the Walt Disney World website, Tom Sawyer Island was scheduled to be open from 11 a.m. to 6 p.m. today, September 4, meaning this reported incident would have happened right before the island was closing for the day.

Despite these allegations, Magic Kingdom is currently operating as normal. Though Tom Sawyer Island is closed for the day, the reported incident has not had any effect on the theme park’s operations.

In case you aren’t familiar, the official description for Tom Sawyer Island on the Disney World website reads:

To reach the Island, head over to Tom’s Landing and cross the Rivers of America aboard a piloted log raft. It’s an unforgettable expedition into the heart of the American frontier!

If you ever witness suspicious activity, or you are uncomfortable or concerned when visiting one of the Disney Parks, be sure to find the nearest Cast Member or report your issue with Guest Relations, located in each of the Disney Parks.