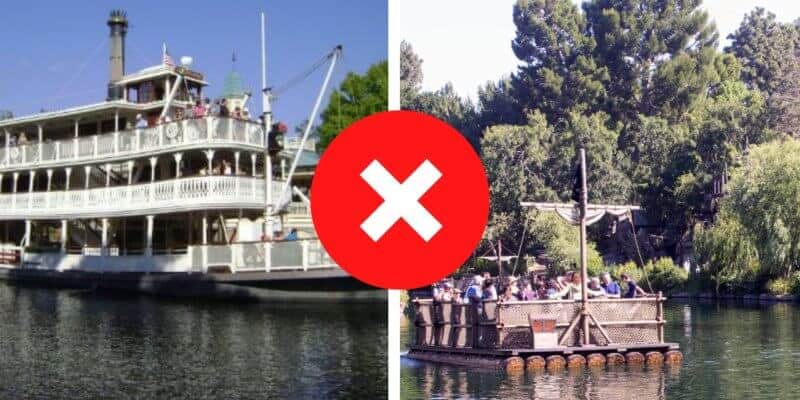 If you were looking to head to Tom Sawyer Island or hop on the Liberty Square River Boat on January 2nd as originally scheduled, you may need to alter those plans.

The two Magic Kingdom attractions have been undergoing month long refurbishments preventing Guests from visiting Disney’s coolest island, or travel on the Rivers of America, which are already beginning to drain.

If we take a look at the refurbishment calendar on the Walt Disney World website, or the My Disney Experience App, we can see that the attractions are now scheduled to be closed down until February 28th, with a hopeful return date of March 1.

Although the calendar does not show that these refurbishments will extend past February 28th, considering the extensions we have already seen on both of these attractions, the possibility of an extended refurbishment if definitely a possibility. This is nothing new, because when it comes to Disney refurbishments, things can change at any point in time.

This discovery comes in the wake of the Walt Disney Company releasing a slew of layoffs from the company, many of which are affecting the Disney World Resort. Although this has not been confirmed, by losing 28,000 Cast Members, it is likely that some projects may take longer to complete considering that they may be running at a reduced work force.

So it seems that all of us Disney World Guests will have to cross our fingers that these attractions are able to open up in spring 2021, prior to the 50th anniversary at Walt Disney World.

If you want to take a ride over to Tom Sawyer Island or let the Disney wind hit you in the face as you breeze across the Rivers of America on the Liberty Square River Boat, why not book a trip to Disney? Click here to get your magical vacation started today!

Are you excited to get back on these Disney attractions after their refurbishment is complete?