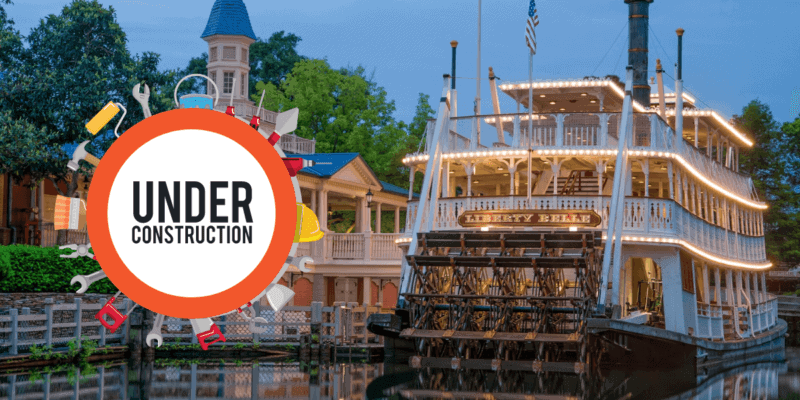 Both Tom Sawyer Island and the Liberty Square Riverboat at Walt Disney World’s Magic Kingdom are seeing extended closures through next year for refurbishments. The downtime for the attractions is scheduled to last from October 5th, through Jan 2nd according to the My Disney Experience app. Of course, this is all subject to change and we will continue to update you on any changes that occur.

If you are planning a trip to Walt Disney World this year keep in mind these attractions may be unavailable. For those of you unfamiliar with these classic attractions here are the official descriptions from Disney,

There are 4 decks with limited seating available on each

Today we reported another Magic Kingdom attraction received an extension to its refurbishment plans. The “People Mover” will continue to see maintenance and construction work, you can read all about the refurbishment here. We also reported on a construction permit filed for the “it’s a small world” attraction at the Magic Kingdom earlier this week that pertained to replacing some signage.

The Walt Disney World Railroad is also currently unavailable as the train tracks are being moved for the installation of the new TRON: Lightcycle Run roller coaster is being added to Tomorrowland.

Do you and your family want to experience these attractions when their refurbishments are complete? Let us help you plan your next Walt Disney World Resort Vacation!