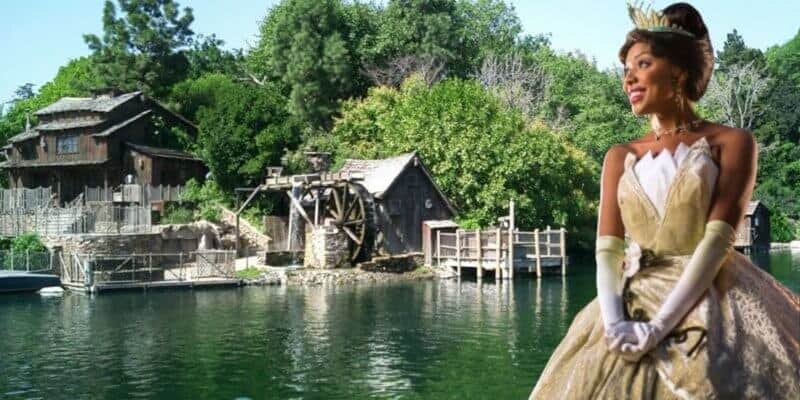 Back in June 2020, Disney Parks announced it would be retheming Splash Mountain (at both Disneyland Park at Disneyland Resort and Magic Kingdom at Walt Disney World Resort) with a brand-new story based on the 2009 animated film The Princess and The Frog.

And, just yesterday, Disney announced another attraction would be getting a retheme, again at both Disneyland and Disney World — the opening day attraction, Jungle Cruise.

So, with both of these attractions recently confirmed to be changed — Splash Mountain will be given an entirely new theme while Jungle Cruise is said to just be a revamp to take Guests on a new adventure, but will still be known as the Jungle Cruise — it makes us wonder, what attraction could be next?

Well, considering both Splash Mountain and Jungle Cruise are getting rethemes and refurbishments in an effort to move forward and incorporate diversity and inclusion at the theme parks, I feel as though Tom Sawyer Island in Magic Kingdom at Walt Disney World as well as in Disneyland Park at Disneyland Resort could be the perfect candidate for some more changes.

Please keep in mind this article is pure speculation and Disney has not confirmed Tom Sawyer Island would be getting a revamp.

What is Tom Sawyer Island?

In case you aren’t familiar, the official description for Tom Sawyer Island on the Disney World website reads:

To reach the Island, head over to Tom’s Landing and cross the Rivers of America aboard a piloted log raft. It’s an unforgettable expedition into the heart of the American frontier!

Sticking to the fact that Disney is continuing to move forward and incorporate more inclusion and diversity into its theme park attractions, I can see Tom Sawyer Island falling into this same category as Splash Mountain and the Jungle Cruise.

The Adventures of Tom Sawyer, an 1876 novel by Mark Twain, follows a young boy growing up along the Mississippi River. Though considered a classic, the book has been banned in several schools due to the story content and language use.

Tom Sawyer Island, of course, is associated with the novel, and if Disney wants to continue moving forward, progressing, and adapting, I can certainly see why the theme park would choose Tom Sawyer Island as the next area of the park to receive an update. Tom Sawyer Island is quite outdated and it is not based on a story that Disney continues to promote.

Additionally, if Disney did decide to extensively refurbish or retheme Tom Sawyer Island, specifically speaking to the Walt Disney World attraction, they could stick with the Princess and the Frog theming. This way, the new Princess Tiana attraction will fit into this area of Magic Kingdom more. Right now, the new attraction, which does not yet have an opening date, will take over Splash Mountain, located in Frontierland at Magic Kingdom. (Disneyland Resort will also be revamping their version of Splash Mountain, located inside Critter Country and adjacent to New Orleans Square.)

Personally, when speaking to Walt Disney World, I don’t see how a Princess and the Frog-themed attraction fits into Frontierland at Disney World’s Magic Kingdom. However, if Disney World were to retheme Tom Sawyer Island, they could expand on the New Orleans or bayou theming to help fit the new attraction into this area of the theme park better.

Tom Sawyer Island, at both Walt Disney World and Disneyland, could turn into an entire new bayou-themed island which would include a quick-service restaurant that sells Tiana’s beignets as well as showcase some of the iconic scenes from the animated film.

Though many believe that the new Princess and the Frog attraction will be a better fit in Disneyland since Splash Mountain is located so close to New Orleans Square, the theme park could also retheme Tom Sawyer Island on the West Coast to follow the trend of inclusive, diverse storytelling at the theme parks all across the U.S.

Again, please keep in mind this article is pure speculation and Disney has not confirmed Tom Sawyer Island will be rethemed anytime soon.

What do you think? Should Tom Sawyer Island be the next to get rethemed? Let us know in the comments below.

Editor’s Note: The opinions in this article do not necessarily reflect those of Inside the Magic overall.