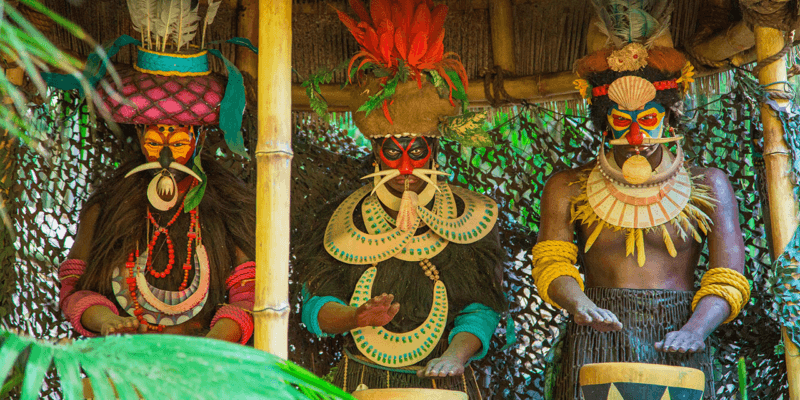 Disney has just announced that the popular Jungle Cruise — an opening day ride at both Walt Disney World Resort and Disneyland Resort — will be rethemed for Guests to enjoy a brand new experience, Rivers Journey.

Note that this is the name of the new journey Guests will go on when they board Jungle Cruise. A name change for the ride does not appear to be forthcoming.

Related: Everything You Need to Know about Disney’s Jungle Cruise Attraction

The brand new Walt Disney Imagineering endeavor is intended to celebrate the diversity and beauty of the world around us and — the best part for fans of the famous Jungle Cruise spiel — is that the Jungle Cruise Skipper will be part of the storyline!

According to the official Disney Parks Blog post about the upcoming Jungle Cruise retheme:

At Disney Parks, we continue to look for ways to enhance classic attractions and elevate the experience for all of our guests. Today, we’re excited to share that we are building on the story of the Jungle Cruise at both Disneyland park at Disneyland Resort and Magic Kingdom park at Walt Disney World Resort to include new adventures that stay true to the experience we know and love — more humor, wildlife and skipper heart — and also reflect and value the diversity of the world around us. There are no bigger fans of this attraction than our Imagineers so I’ve invited Kevin Lively — former Jungle Cruise skipper — to share a transmission from the world’s most remote tropic rivers!

Wow, sounds like we’re in for a wild ride! No word on if we’ll still get to enjoy seeing the “Back Side of Water” during the new Rivers Journey experience.

As part of this story update, we’ll get to follow a skipper and his passengers as their journey goes awry. That’s right, for the first time ever, the skipper role will not only be that of a live, experienced and witty guide, but also represented by a show figure within the attraction itself. In fact, the expedition will be up a tree (literally!) after their sunken boat splits apart and chimps board the wreckage, with monkey business ensuing.

But that’s not even half of the hull story. Fans of the Jungle Cruise attraction may recall some boats that used to make their way around the river but haven’t been seen for a while — specifically the Mekong Maiden and the Kwango Kate. Ever wonder what happened to them? Well, you might go ape when you find out! Ultimately, the jungle gets the last laugh.

The Imagineering team behind the Jungle Cruise retheme includes Chris Beatty, who shared the following details about the upcoming enhancements with D23:

We want to make sure that we take this as an opportunity, right? So as we look to clean up a lot of the challenges that we have in the attraction, we want to make sure we go in and add all the humor that Marc Davis gave it, all those years ago. Anything new we add will be in that tone. And for the first time, we are actually linking scenes together.

Related: Get A Laugh: Jungle Cruise Skippers Spiel Safari Silliness Even From Home

So if you think of the famous rhino pole scene, with the team of explorers who have somehow camped that night and then been run up the pole by the rhino and a group of other animals… that will really kick off the storyline. Did you ever wonder who those explorers were or where they came from? What’s their backstory? As part of the enhanced storyline, each one of them will have their own story and cultural heritage. There’s a birdwatcher, an entomologist, a wildlife painter, and a photographer, and each one will have a different reason for being on the expedition. And, of course, they did one of the things you’re never supposed to do, which is leave the boat. And one of the things we’re adding to the attraction is an animatronic skipper, who’s been chased up the pole by the rhino, along with the other explorers. They each have great personality, and I think our guests will connect with these characters in new ways. So we’re not really re-envisioning that scene, we’re just adding a narrative and storytelling to bring things to life and connect that moment with other happenings along the river.

Stay tuned to Inside the Magic for more on this developing story. Are you looking forward to the newly reimagined Jungle Cruise ride?