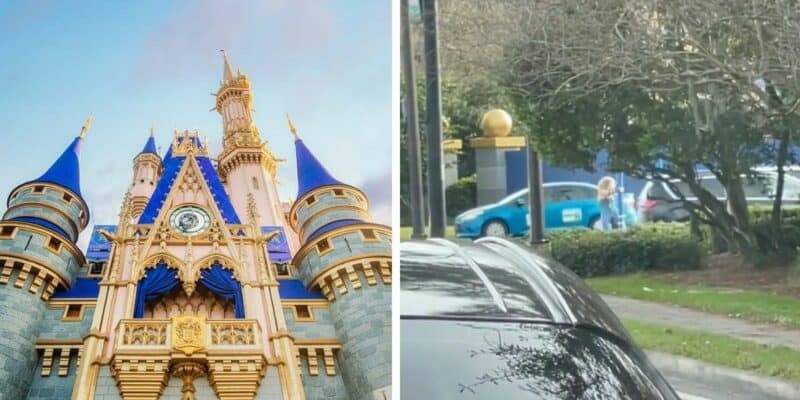 Walt Disney World Resort is known by many as a wholesome, family destination. Of course, many adults go without children but must respect the fact that as soon as they can see the blue archways with Mickey Mouse and Minnie Mouse and pass under “The Most Magical Place on Earth” signage that was newly repainted for the 50th anniversary, that they are sharing that space with a lot of children, and must be respectful of that.

Since Walt Disney World owns their property, they are able to make their own rules and regulations, which help to protect the magic, as well as Guests and Cast Members. That being said, it is always possible to see something out of the norm at Disney. Lately, we have seen an increased amount of fights happening at Walt Disney World, both verbal and physical. The most recent was a fight which took place in front of Cinderella Castle.

Now, it looks like fighting is being replaced with dancing, which would seem perfectly fine, but that depends on the style of dancing being done. A TikTok was recently posted of a woman standing outside one of the Walt Disney World entrances dancing and using one of the light poles to assist her. The dancing is not very appropriate as the woman is bending over in multiple instances.

Ellis Endsley (@endsleyellis) posted the video, which you can watch below.

Of course, we can see that the woman is not harming anyone, but by making such a scene at the entrance, where every Guest must pass, the dancing was likely seen by children, which is something that parents were likely not intending to have to explain while on their way to Magic Kingdom, EPCOT, Disney’s Animal Kingdom, or Disney’s Hollywood Studios.

We can see that the woman tones down the inappropriate level of the dancing and walks away from the light pole towards the end of the video. Although we do not know if she continued to dance, it seems that higher authorities did not need to get involved. If this woman were caught by Cast Members, she would have been asked to leave the property, as Disney owns the land directly out of the gates as well. Something like this can lead to being banned from the Parks for life, or higher consequences depending on the severity of the situation.

Please be sure to always stay respectful to Guests and Cast Members when you visit Walt Disney World Resort, and read the rules and regulations set out by the company before entering the theme parks to ensure that you are able to abide by them.