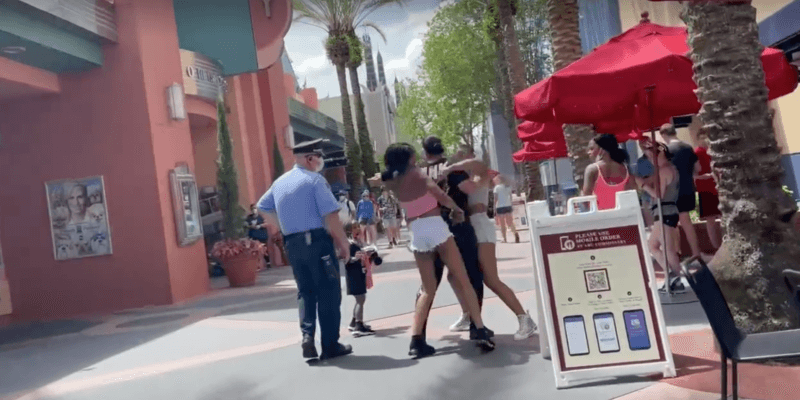 According to a Walt Disney World Guest who was visiting Disney’s Hollywood Studios on Sunday, an altercation occurred between a party of Guests who had to be escorted out of the park.

Facebook user and Disney Guest Sandy P. told Inside the Magic that while she was visiting Disney’s Hollywood Studios today, she witnessed an altercation between other Guests at the theme park.

The group of Guests seemed to have gotten into an argument near Star Tours — The Adventure Continues, near the entrance to Star Wars: Galaxy’s Edge. After overhearing the altercation, Sandy explained that it sounded like the fight may have been about money.

Sandy continued to tell Inside the Magic that the Guests involved were then being escorted out down past ABC Commissary by a Disney World security guard, and that’s when the fight appeared to break out. Someone within the group was able to break up two other people involved and that is when the security guard walked them to sit at a table outside of ABC Commissary.

Sandy then said that the security guard eventually followed them all the way out, which is where they were met with a sheriff.

Sandy shared the following video of the incident:

It appears nobody involved was seriously injured. Inside the Magic will continue to update you as we get more information regarding this situation as it comes to light.