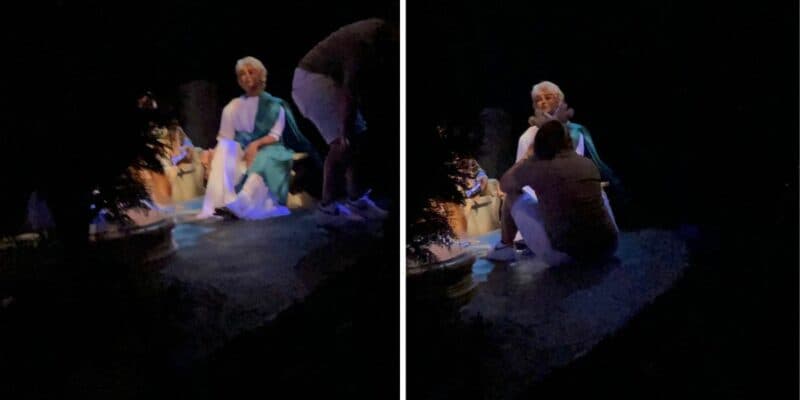 The Disney Parks and Resorts all have rules that Guests are expected to follow. These range from rides and attractions to specific rules on what Guests can wear and do while inside the Parks. Unfortunately, not all Guests abide by these rules, as shown in a very blatant example shared on social media recently.

Late Tuesday evening, a Guest could be seen outside of the ride vehicle on Spaceship Earth, climbing over one of the sets. A few images of the incident, as well as a short video, were shared on Twitter by @pharmd23:

Guests are always encouraged to stay seated and keep their hands, arms, feet, and legs inside the ride at all times, a common schpiel heard at numerous theme parks. Unfortunately, this particular Guest did not listen to these instructions deciding to hop out and stop the ride for countless Guests.

This is not only an inconvenience for the Guests riding but incredibly dangerous for the Guest who hopped out as well.

Spaceship Earth is one of the most iconic attractions at Walt Disney World. The ride is located in EPCOT’s World Celebration neighborhood and opened along with EPCOT in 1982, serving as the Park’s icon since. The dark ride perfectly explores Earth’s past, present, and future for Disney Parks Guests of all ages. From Disney:

Stay tuned here at Inside the Magic for further updates.