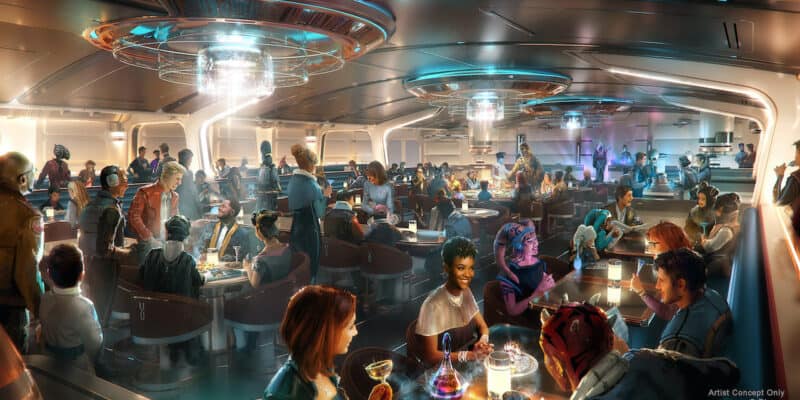 Though The Walt Disney World Resort has welcomed many new rides, attractions, and experiences in the last decade, none rival the ambition of Disney’s Star Wars: Galactic Starcruiser.

One part cruise, one part immersive theme park experience, and all parts Star Wars, this luxurious three-day “voyage” will be sure to please fans of both Disney and Star Wars.

However, things haven’t all been sunshine and rainbows. Many have deemed this experience too expensive for the average Guest to enjoy, and they certainly aren’t exaggerating.

Filled with interactive experiences like lightsaber training as well as a fully interactive bridge, the Starcruiser will offer Star Wars fans the ultimate immersive experience. This experience will come at a pretty high cost, however. The cheapest option offered to Guests is a whopping $4,809 for two occupants in a single stateroom on a two-night journey. The price for four Guests jumps to just under $6,000 for the same amount of time, meaning you’ll need a lot of galactic credits or need to know a bounty hunter or two to afford a stay on this luxury “ship.”

Due to the high price, the Starcruiser faced controversy right out of the gate, with many calling it overpriced and not worth the money. Disney posted a “sneak peek” of the hotel, which was met with so much negativity that Disney opted to wipe the video from the internet entirely.

Many cancelations were reported after this situation, leaving the once nearly-booked hotel with over half of its dates for April and May empty. Inside the Magic also noticed that, as of now, the hotel is available to book on May the 4th, the Star Wars-themed holiday that takes place across a lot of Disney Resorts.

Because of the high cost, reservations are fairly easy to snag. As of publishing this article, December is half full, and January is wide open, as are the following months.

Despite the various controversies and Guest reception, Disney’s Star Wars: Galactic Starcruiser has won a coveted industry award. It was recently revealed that the immersive Star Wars experience had won TEA Thea Award in the Brand Experience category.

Other winners on the list include The Disneyland Resort in Anaheim, California, as well as Universal Studios Beijing,

What are your thoughts on Disney’s Galactic Starcruiser?