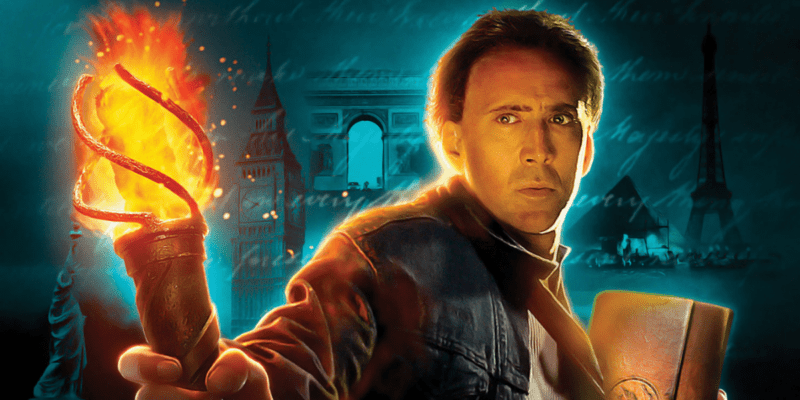 Disney shared a first look at a highly-anticipated new series.

Though Disney has seen wild success with franchises like Pirates of the Caribbean, Star Wars, and its impressive MCU series of films and shows, one of the more surprising franchises involves American history and quite a few clever puzzles.

National Treasure is a widely popular film starring Nicolas Cage as Benjamin Franklin Gates alongside Diane Kruger, Justin Bartha, Christopher Plummer, and more. The storyline follows Benjamin as he goes on the hunt for a national treasure that his grandfather told him about; however, things take a turn when the team steals the Declaration of Independence.

Disney produced two feature films for this franchise, National Treasure (2004) and National Treasure: Book of Secrets (2007), both of which saw massive success at the box office. When combined, the franchise reached almost a billion dollars. Though after this second film in 2007, the series went quiet until recently, that is.

We found out Disney was reviving the iconic franchise in a new series on its Disney+ streaming service last year, with fans going wild at the very thought of a new National Treasure project.

Disney states the series will “explore the timely issues of identity, community, historical authorship and patriotism, told from the point of view of Jess Morales, a twenty-year-old DREAMer who, with her diverse group of friends, sets off on the adventure of a lifetime to uncover her mysterious family history and recover lost treasure.” The series will follow the premise of the first two films.

However, Nicolas Cage will not be reprising his role in the new series, something that upset a lot of fans. A third National Treasure is still in development, but for the new Disney+ show, officially titled National Treasure: Edge of History, the story will revolve around brand-new characters.

The treasure awaits. National Treasure: Edge of History, an Original series, is streaming December 14, only on #DisneyPlus. #NationalTreasureSeries

National Treasure: Edge of History, an Original series, is streaming December 14, only on #DisneyPlus. #NationalTreasureSeries pic.twitter.com/90SIbqfFcT

The new series will premiere on Disney+ on December 14, just in time for the holiday season. Not much is known about the plot but we couldn’t be more excited to enter this franchise once again.

Are you looking forward to this new show?