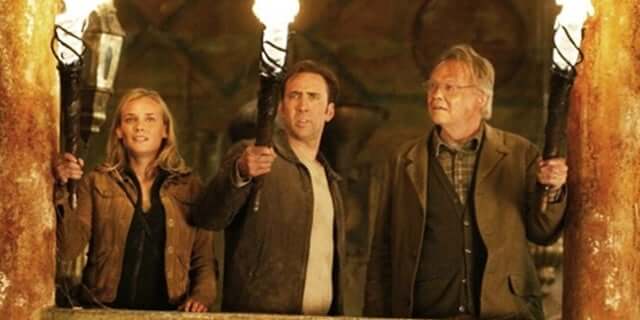 If you are a fan of the Nicolas Cage epic adventure franchise National Treasure, then we have some great news for you!

National Treasure is such a widely popular film starring Nicolas Cage as Benjamin Franklin Gates alongside Diane Kruger, Justin Bartha, Christopher Plummer, and more. The storyline follows Benjamin as he goes on the hunt for a national treasure that his grandfather told him about, however, things take a turn when the team steals the Declaration of Independence.

Now, it seems Disney has greenlighted a new National Treasure series for Disney+ that will star an all-new younger cast, with a younger Latina character taking the torch from Benjamin. Deadline reported:

The project, from the films’ producer Jerry Bruckheimer and original writers Marianne and Cormac Wibberley, is a reimagining of the National Treasure franchise. Written by the Wibberleys and to be directed by Mira Nair (Vanity Fair), the series explores the timely issues of identity, community, historical authorship and patriotism, told from the point of view of Jess Morales, a twenty-year-old DREAMer who, with her diverse group of friends, sets off on the adventure of a lifetime to uncover her mysterious family history and recover lost treasure.

The new series is seemingly going to use the same premise that the first two films had, but the original cast that Disney fans loved (or at times, loved to hate) will not be showcased in the series. Considering the characters are a big reason for the film’s success it will be interesting to see if the series does well.

That being said, Disney+ is further along in the process so it is likely that fans will need to watch the new series before being able to see Nicolas Cage once again.

What do you think of a new National Treasure TV series?