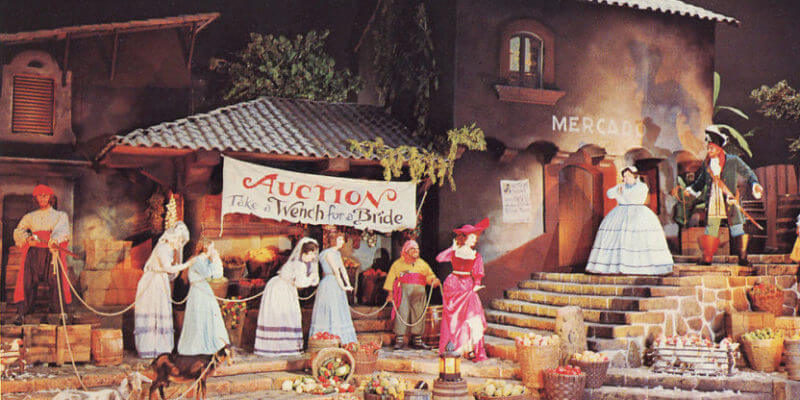 It’s a subject of much controversy in the Disney fan community, but the time has finally come regardless: the Bride Auction scene in the original Pirates of the Caribbean ride is no more. Last night at Walt Disney’s original Magic Kingdom– Disneyland in Southern California– regulars gathered to big farewell to one of the most famous tableaus in theme park history.


As previously reported here at Inside the Magic, the Bride Auction will be replaced by a more palatable auction of goods, and the legendary redhead will become a pirate herself, assisting the auctioneer in selling off the townspeople’s possessions. This change has already taken place at both Walt Disney World and Disneyland Paris‘ versions of the ride.

Pirates of the Caribbean is currently scheduled to reopen after a seven-week refurbishment at Disneyland in Anaheim, California.

WATCH FULL PIRATES OF THE CARIBBEAN RIDE AT DISNEYLAND:

Comments Off on VIDEO: Pirates of the Caribbean bids final farewell to its famous Bride Auction scene at Disneyland