One of the Disney theme parks’ most famous, popular, and enduring attractions is going to be seeing another big change next year. In 2018, during a scheduled refurbishment of the ride, the infamous “Bride Auction” scene in Pirates of the Caribbean at both Disneyland and Walt Disney World will be getting a complete overhaul, altering the roles of the Auctioneer, the Redhead, and the rest of the characters participating in the Mercado auction.

UPDATE (7/13/17): Disneyland Paris has debuted their updated scene featuring the redhead, exactly as depicted in the previously-released artwork. Take a look at the video below.

This news comes about twenty years after several notable changes were made in other parts of the Pirates of the Caribbean boat ride on both coasts, altering scenes to give different, less controversial contexts to pirates chasing women or vice-versa. The Bride Auction is such an iconic setpiece, however, that this new modification is bound to stir up even bigger controversy among long-time Disney fans.

Imagineering Ambassador and Disney Legend Marty Sklar had this to say about the new updates: “Pirates of the Caribbean has always represented great Disney Park storytelling; it has set the standard for the theme park industry for half a century! But it’s a story you can continue to add fun to, with great characters in new ‘performances.’ That’s what the Imagineers have done with this new auction scene—it’s like a theatre show with a new act.”

“To me, the Imagineers are simply reflecting what Walt started the day Disneyland opened—making changes that create exciting new experiences for our guests. I can’t think of a single attraction that has not been enhanced and improved, some over and over again. Change is a tradition at Disneyland that today’s Imagineers practice—they learned it from their mentors, many of them Walt’s original team of storytellers and designers—the Disney Legends.” 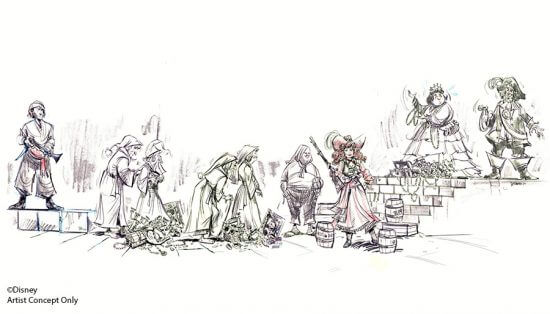 In the new scene, the Redhead will now hold a rifle, as she helps townspeople unload their loot under the command of the pirate scourge. It appears as though “wenches” are no longer being auctioned off as brides whatsoever, and we can only guess that cries of “We wants the redhead!” will be removed from the ride entirely.

“Our team thought long and hard about how best to update this scene. Given the redhead has long been a fan favorite, we wanted to keep her as a pivotal part of the story, so we made her a plundering pirate! We think this keeps to the original vision of the attraction as envisioned by Marc Davis, X Atencio, and the other Disney Legends who first brought this classic to life,” said Kathy Mangum of Walt Disney Imagineering. 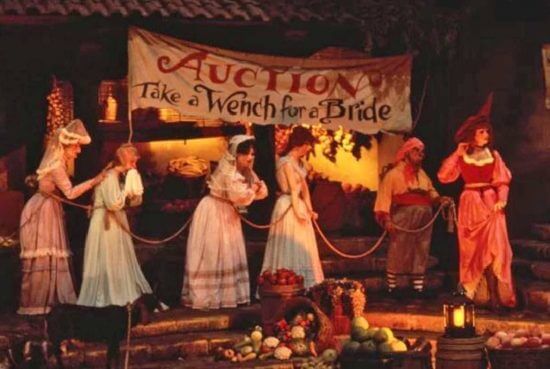 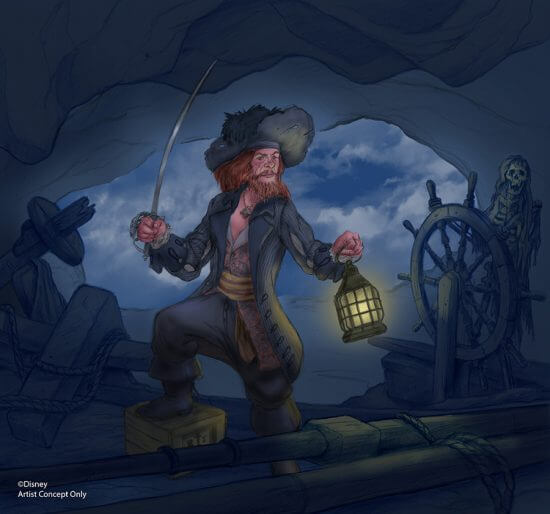 Other changes coming to Pirates at Disneyland Paris include the re-branding of the Blue Lagoon Restaurant as Captain Jack’s, now open to all ages and re-themed to fit in the mythology of the “Pirates of the Caribbean” movie series, as it seems Captain Jack Sparrow has won the eatery in a wager.

These new adventures “set sail” on July 24th at Disneyland Paris, but the surprising transformation to the Pirates of the Caribbean rides at Disneyland and Walt Disney World won’t happen until sometime next year. 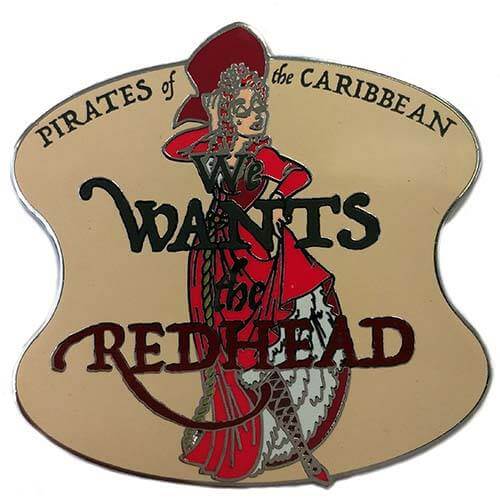