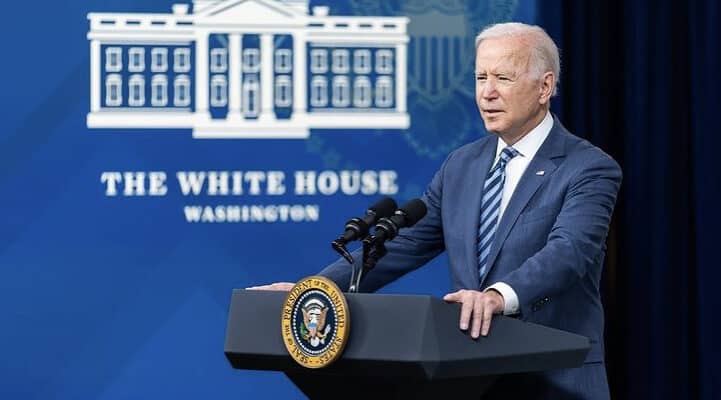 The sitting President had a few things to say about the current struggle between Disney and conservatives.

In an article from Deadline, even the President of the United States chimed in on the current battle being waged against the Walt Disney Company in the state of Florida. As the company continues to be fiercely targeted by Republicans, President Joe Biden once again is throwing his opinion and thoughts out into the wild.

Biden took aim specifically at Florida Gov. Ron DeSantis and his attempts at removing Disney’s Reedy Creek District. This rather rash action was taken against The Walt Disney Company after it took a “firm” stance against Florida’s controversial Parental Rights bill which bars the discussion of gender identity within specific classrooms.

Needless to say, Gov Ron DeSantis did not like Disney’s stance on the issue and has been working on the dissolution of the company’s special district ever since. At the Democratic National Committee fundraiser on Wednesday, President Joe Biden took aim at “MAGA Republicans,” mentioning the current “culture war” against Disney.

“Did you ever think we’d be in a position in the year 2022 – we’d be talking about banning books in schools? …What’s going to happen to a gay child, an L[G]BTQ child in school? I mean, this thing. It’s one thing to take on Disney World. They’re going to storm Cinderella’s castle before this is over. If I told you these things, I think you’d think I was crazy.”

He then deadpanned, “You may think I’m crazy anyway, but…”

A bill passed Florida’s House of Representatives as well as the senate, reaching the desk of Gov. DeSantis where he unsurprisingly signed it. However, Disney argues that the district cannot be dissolved so in such a manner. Concerned taxpayers ended up filing a lawsuit against Gov. DeSantis which was quickly struck down by a Federal Judge.

Several other Republican figures have also joined the battle, introducing legislation with Disney specifically in mind. U.S. Senator Josh Hawley is currently going after the company’s copyright protections, labeling them as “woke”.

It’s unclear whether Senator Hawley’s bill would pass through Congress. The Walt Disney Company is famous for lobbying in favor of more extensive copyright laws to keep their Intellectual Properties out of the public domain. In fact, The Copyright Term Extension Act of 1998, which extended corporate copyright protections from 75 years to 95 years, is colloquially known as the “Mickey Mouse Protection Act.” The law’s terms keep the Walt Disney Company’s Mickey Mouse out of the public domain until at least 2024.

What do you think about these comments?