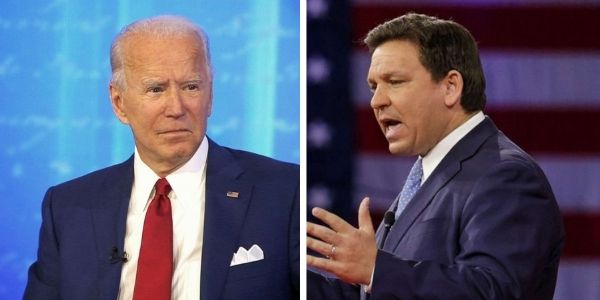 President Biden had some harsh words for the currently-unfolding situation regarding Mickey Mouse and the sunshine state.

As the heated debate continues regarding the dissolution of Disney’s Reedy Creek Improvement District, the drama surrounding both Gov. DeSantis and Disney caught the attention of the President of the United States.

According to CNN, President Joe Biden has weighed in on the current situation between Florida and Disney.

President Biden recently shared his thoughts and opinions on the feud between Disney and the Republican party while speaking at a fundraiser in Oregon.

“This is not your father’s Republican Party,” Biden said at one point on Thursday, later adding: “It’s not even conservative in a traditional sense of conservatism. It’s mean, it’s ugly. I mean, look at what’s happening now in Florida: Christ, they’re going after Mickey Mouse.”

Along with some harsh words about Gov. DeSantis, President Biden also criticized the Republican party of today as he sees it. These comments come after a tumultuous and tense past few weeks for The Walt Disney Company after its controversial stance on Florida’s “Don’t Say Gay” bill, which was spearheaded by Gov. DeSantis.

Earlier today, Gov. DeSantis officially signed the bill, moving the state one step closer to the possible elimination of this ruling.

The Reedy Creek legislation made the claim that landowners within the Reedy Creek Improvement District, primarily Walt Disney World, could be allowed to be solely responsible for paying the cost of providing typical municipal services like power, water, roads, fire protection etc but as of now, the future of this system is uncertain.

What are your thoughts on what is happening in Florida?