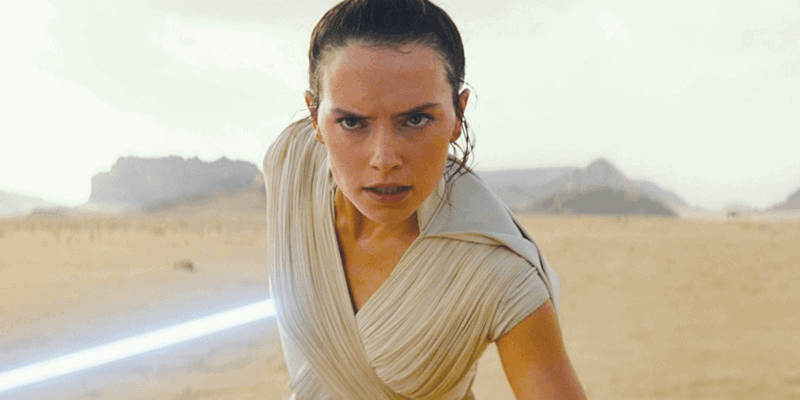 The last film of the Star Wars sequel trilogy, Episode IX: The Rise of Skywalker (2019) was thought to be Daisy Ridley’s final performance as Rey Skywalker. However, according to reports, Ridley is in talks to revisit the Star Wars franchise.

The Star Wars franchise continues its imperial march across the galaxy to conquer the worlds of film and streaming with an ever-expanding list of ambitious projects on the docket. Projects like the upcoming Mandalorian spinoffs for Disney+ — The Book of Boba Fett, Ahsoka, and Rangers of the New Republic — continue to stoke the fires of Star Wars’ popularity.

Star Wars fans also have the currently in-production Obi-Wan Kenobi series to look forward to. This will star prequel trilogy legends Ewan McGregor (Obi-Wan Kenobi) and Hayden Christensen (Darth Vader) to look forward to, as well as a Rogue One (2016) prequel series Andor. All this and we haven’t even mentioned that Star Wars boss Kathleen Kennedy promised an untitled Star Wars film project from director Taika Waititi.

With all of these opportunities for storytelling within the Star Wars sandbox, it would appear that Ridley may be preparing to wield her yellow lightsaber once again.

According to a report, Ridley is already in early negotiations with Walt Disney Studios and Lucasfilm to bring Rey Skywalker to a new project. The unconfirmed report doesn’t specify if Ridley’s Rey would be the center of a brand new project or joining a previously announced project.

Disney has gone to great lengths to make it clear that Episode IX was indeed the conclusion of the Skywalker Saga, so a return to that particular timeline seems unlikely. Though at this point, per the report, anything is possible.

Why the rumor makes sense

While Rise of Skywalker closed out the Skywalker Saga and the sequel trilogy that began with Star Wars: The Force Awakens (2015), Rey’s character comes out of the film’s action alive and thriving. Despite the often polarizing nature for audiences and critics of the Star Wars sequel trilogy, Ridley’s portrayal has generally been viewed as a definite bright spot for the sequel trilogy. Despite Rey’s parentage and Palpatine blood, her rejection of her destiny as Sith heir apparent gives Rey one of the most fascinating backstories in the entire Star Wars canon.

Fellow castmates Jon Boyega and Oscar Isaac — Finn and Poe Dameron, respectively — have been less than receptive to the idea of returning to the franchise, but publicly Ridley has stated she’s more open to revisiting the character of Rey.

In a 2020 interview with Frozen actor Josh Gad, filling in as host of Jimmy Kimmel Live!, Ridley was asked if she would consider a return to Star Wars after 10 years or so had passed. Ridley played coy, mostly deflecting, but she didn’t completely close the door, saying:

“I mean, the world is a crazy place right now. 10 years seems an awfully long way away. I say never say never but to me Rise of Skywalker was tied up with a bow.”

Again, this rumor is unconfirmed. And, while her future role in Star Wars is up in the air,  Ridley has shown an affinity for another storied film franchise under the Disney umbrella as well, saying she “would love” to join the Marvel Cinematic Universe.

Would you like to see Daisy Ridley return to Star Wars? Let’s hear from our Rey Skywalker fans in the comments!