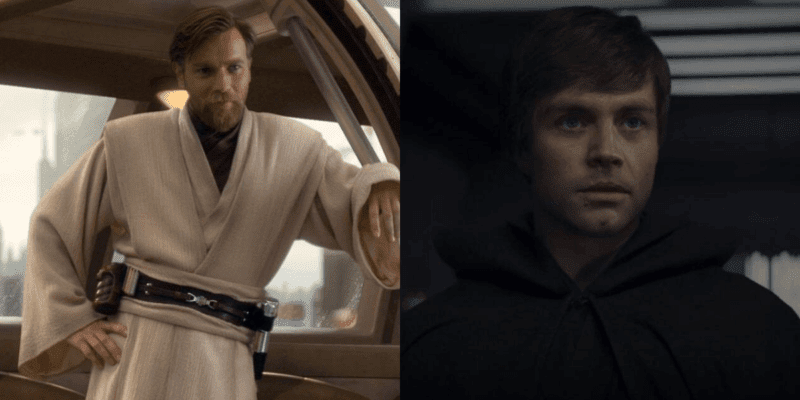 In a new interview, actor Ewan McGregor commented on the likelihood that Star Wars fans will get a cameo from young Luke Skywalker (Mark Hamill) in his new Disney+ series, Obi-Wan Kenobi.

But will the unexpected cameo by Luke Skywalker be matched in the upcoming Obi-Wan Kenobi series, due out in 2022? Star Wars fans expect to see some inclusion of young Luke Skywalker’s story in the Obi-Wan Kenobi series, based on the casting of Joel Edgerton and Bonnie Piesse who will be reprising their prequel roles as Luke’s Tatooine guardians, Uncle Owen and Aunt Beru.

Principal filming has yet to begin for the hotly anticipated series, but speaking to The Hollywood Reporter, Ewan McGregor commented that he had done “some screen tests with Deborah (Chow, director of Obi-Wan Kenobi) and other people…”

When directly asked if one of those vaguely referenced “other people” included a young Luke Skywalker, McGregor reportedly flashed a grin and responded,

Whether or not Ewan McGregor was playing coy or actually covering up a huge Star Wars bombshell, it’s astonishing to see the effect that the Luke Skywalker cameo in The Mandalorian has had on fan expectations for Star Wars and their ever-expanding galaxy of stories.

After the Star Wars prequels received a lukewarm reception from fans, the prequels have grown a devout following of enthusiastic supporters, thanks in large part to the prequel’s character being fleshed out by the animated series Star Wars: The Clone Wars and Star Wars: Rebels. The rise in popularity of the Star Wars prequel trilogy had led to fans demanding to see more of Ewan McGregor in the role of Ben Kenobi in a new series.

Fans of the prequels were also enthusiastic to hear about the casting of Hayden Christensen as Darth Vader, reprising his run on the prequels as the fallen Jedi Knight, Anakin Skywalker.

From Star Wars official description of the Obi-Wan Kenobi series:

The story begins 10 years after the dramatic events of Star Wars: Revenge of the Sith where Kenobi faced his greatest defeat, the downfall and corruption of his best friend and Jedi apprentice, Anakin Skywalker turned evil Sith Lord Darth Vader.

The series also marks the return of Hayden Christensen in the role of Darth Vader.

What characters from the prequel trilogy or Clone Wars do you hope to see in ‘Obi-Wan Kenobi’?