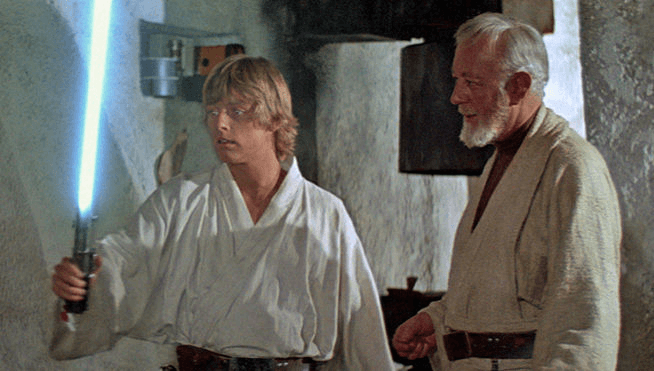 For over 40 years, George Lucas’s Star Wars universe has taken fans directly into the battle between good and evil by showing us two sides of the same Force — the Jedi and the Sith.

Now, as the Star Wars franchise continues to expand, and the Skwyalker Saga is officially over, the powers-that-be behind the Star Wars galaxy are quietly replacing the Jedi Order with a brand-new character class.

It all started with the 2015 introduction of Doctor Aphra in the “Darth Vader” comics. Doctor Chelli Lona Aphra is an archaeologist who has made herself indispensable to the iconic Sith Lord throughout the comic book series.

She is an archaeologist who has earned two series of her own, quickly becoming a fan-favorite. As the history of the Star Wars galaxy is developed, she is also becoming more and more important. She has paved the way for archaeologists to be some of the coolest characters in the galaxy.

Archaeologists allow the Star Wars universe to expand without relying on the knowledge that Jedi Knights have gathered over “a thousand generations”.

Instead of needing a character like the sequel trilogy’s Rey (Daisy Ridley) to track down the most famous Jedi, Luke Skywalker (Mark Hamill) on Ahch-To to get information from an ancient Jedi Temple or the original trilogy needing Obi-Wan Kenobi/”Old Ben” (Alec Guinness) to help young Luke find his path, an archaeologist can provide historical details about the galaxy simply because he or she has studied it.

This allows the Star Wars universe to move forward without relying so much on the past.

In fact, one of the most common criticisms of the Star Wars sequels was that they focused too heavily on the original trilogy — the core cast, Hamill, Carrie Fisher (Princess Leia Organa), and Harrison Ford (Han Solo) all returned — and didn’t move the galaxy into the future.

The introduction of archaeologist characters effectively fixes this problem because Jedi Knights suddenly aren’t the only characters with vast historic knowledge.

As ScreenRant’s article pointed out:

The addition of the High Republic has made her [Aphra’s] knowledge even more valuable. The Nihil were enemies of the Jedi during the High Republic era, but since they are a new addition to the galaxy there is no trace of them in older canon stories. This makes a character like Doctor Aphra so significant. She has knowledge of them and what they left behind, which allows fans to believe that they actually existed and understand their significance.

This kind of specialized knowledge also gives archaeologists access to tools and weaponry that no one else can operate or understand.

The quiet replacement of the Jedi as the main players in the galaxy has also opened the door for non-Jedi characters like Jon Favreau and Dave Filoni’s Din Djarin (Pedro Pascal) from The Mandalorian to become an integral part of the Star Wars story.

Although Djarin is inextricably connected to the Jedi Order because of Grogu (AKA “Baby Yoda”), Luke Skywalker himself, and Ahsoka Tano (Rosario Dawson), he doesn’t personally know much about the Order or their past.

While the Jedi are unlikely to ever actually leave the Star Wars franchise, the introduction of characters like Doctor Aphra has certainly made it easier for new stories to be told in the future.

Related: Master Yoda Was Supposed to Be Played by a Monkey in a Mask

Endlessly inventive and completely unpredictable, Doctor Chelli Lona Aphra is one of the galaxy’s most daring treasure hunters. The rogue archaeologist studied at the University of Bar’leth where she received her doctorate under duress before she was recruited by Darth Vader. Among her misadventures, she’s joined forces with Luke Skywalker and kidnapped Hera Syndulla. But despite questionable morals and equally bad judgement, her luck hasn’t run out yet.

Although nothing has been confirmed, there are rumors circulating that Marvel actress Chloe Bennet will be playing Doctor Aphra in her live-action Star Wars debut.

More on the Jedi Order

The official Star Wars Databank describes the Jedi as:

A noble order of protectors unified by their ability to tap into the power of the Force, the Jedi Order were the guardians of peace and justice in the Galactic Republic. The age of the Jedi would end, however, due to a nefarious plot by the Sith Lord Darth Sidious.

Some of the most powerful Jedi include Anakin Skywalker, Mace Windu, Ahsoka Tano (Anakin’s Padawan at one time), Obi-Wan Kenobi, Luke Skywalker, Grogu, and, of course, Grand Master Yoda.

What do you think about the Star Wars franchise’s move away from the Jedi as the most important keepers of galactic history? Who is your favorite Jedi Knight?