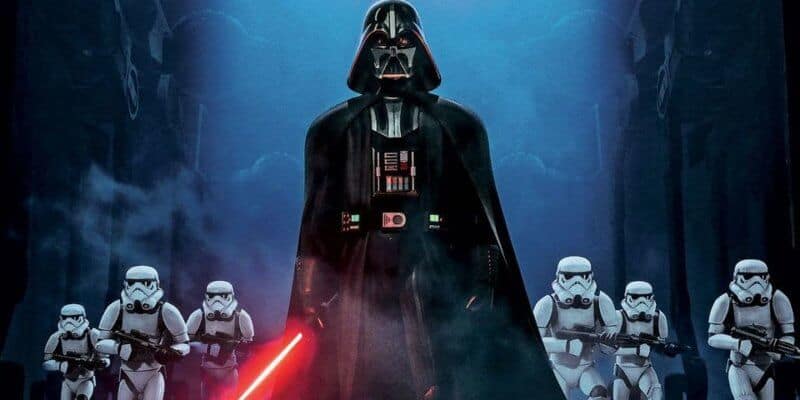 From Filoni and showrunner Jon Favreau set to introduce Thrawn in The Mandalorian saga — some reports indicate he may even appear in Temuera Morrison (Boba Fett) and Ming-Na Wen’s (Fennec Shand) The Book of Boba Fett — to Darth Vader’s Inquisitorius almost certainly making their live-action debut in Deborah Chow’s Obi-Wan Kenobi, this is an excellent time in the Star Wars franchise for Rebels fans.

In other words, Darth Vader — formerly Jedi Knight Anakin Skywalker, played by Hayden Christensen in the prequel trilogy and the upcoming Obi-Wan Kenobi — was a major player in the Star Wars galaxy at this time.

This has led some fans to wonder why the Dark Lord of the Sith wasn’t more concerned with sending Inquisitors like the Seventh Sister and the Fifth Brother after Bridger and Jarrus, both of whom were known associates of Ahsoka Tano (Ashley Eckstein/Rosario Dawson).

Since Vader believed Tano could lead him to Obi-Wan Kenobi, it would serve to reason that he would send his best people after Jedi Knights who knew her.

Why does Vader take little interest or action against Ezra and Kanan. Vader loved hunting jedi, and with the amount of trouble Ezra and kanan were causing, and having also defeated the grand inquisitor, and multiple other inquisitors, we rarely see him in rebels. With the only time they really fight is in twilight of the apprentice. Wouldn’t they be a high enough priority for Vader to get full command and personally see to their deaths.

Why don’t we see Vader hunt Ezra and Kanan in rebels? from starwarsspeculation

Marvelaniac098 thinks there’s still more to explore in Darth Vader’s story (likely) that could explain why he never focused his efforts on finding Bridger and Jarrus — in the “Darth Vader” comics, for example, it becomes apparent that the character was deeply concerned with finding and killing his son, Luke Skywalker (Mark Hamill):

I like to think that there was some kind of Vader story happening in the background. Vader’s like “Screw this I got better things to do.”

anabananaman continued this train of thought — and, it is logical that Vader would have been involved in the construction and development of the first Death Star, since we know he played a key role in creating the second Death Star from his first conversation with Palpatine in Return of the Jedi:

How involved was he in the construction of the Death Star? I have no idea, but that could be one reason.

And given Palps sent Vader to get the holocron, who is to say he didn’t have Vader traipsing around the Galaxy looking for more Jedi artifacts.

A Redditor going by nonoman12 thinks that Vader — who did undoubtedly have a high opinion of himself — probably didn’t find young Bridger and “mediocre” Jarrus worth his time at that particular point in the Star Wars story:

He probably deemed them suitable for his Inquisitors to deal with, after his brief scrap with them. Even though both guys later turned into force power houses, even Kanan was quite mediocre with his powers in season 1.

Finally, getoffoficloud shared a lengthy opinion about what was going on behind-the-scenes in Rebels:

His role in the show was to further Ahsoka’s journey, her attachment to him being the last thing she needed to let go of to be who she needed to be. So, he was gone once he fulfilled his role. His main interest in the Ghost crew was to use them to find her.

Also, Palpatine had his own reasons for being interested in Lothal, Ahsoka, and the Ghost crew, which, since he was Palpatine, he didn’t share with Vader. Vader went to Malachor not knowing what was really going on. While everyone else was focused on the superweapon, Ahsoka had her own agenda that had nothing to do with that, as did Palpatine. Palpatine’s long game required that these people be alive and where he needed them to be when he made his move. Vader killing Ezra would really screw that up. So, Palps probably reassigned Vader.

No matter where you land on this issue, it will certainly be interesting to see if Vader’s seeming lack of interest in Ezra Bridger and Kanan Jarrus is addressed at any point in any upcoming Star Wars series.

Which Star Wars show are you most excited about?