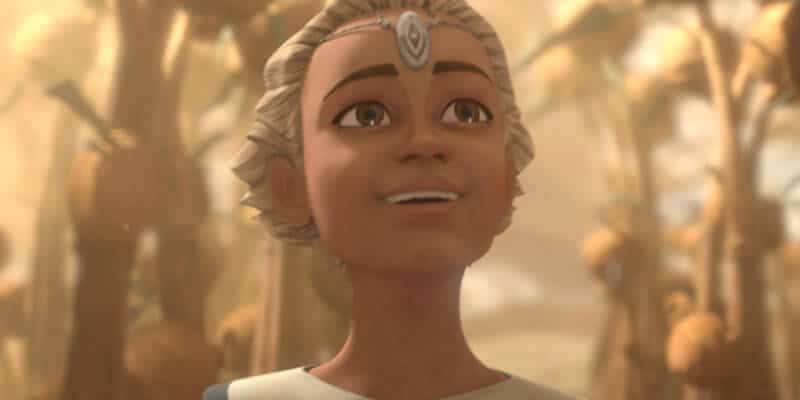 Fan-favorite Star Wars: The Clone Wars and Star Wars Rebels pirate Hondo Ohnaka (Jim Cummings) has more than a little bit of a reputation for outlandish storytelling — and general notoriety throughout the Star Wars galaxy.

The official Star Wars Databank describes the character as:

A tough, pragmatic Weequay, Hondo Ohnaka led a notorious Outer Rim pirate gang from his headquarters on Florrum. A former colleague of Jango Fett and a former lover of Aurra Sing, Ohnaka won fame during the Clone Wars when he kidnapped Count Dooku, Obi-Wan Kenobi, and Anakin Skywalker and tried to ransom all three for a big payout. Since that incident, Ohnaka continues to serve himself, not being above robbing, blinding, or betraying his friends and foes. Decades later, he started Ohnaka Transport Solutions on Black Spire Outpost to run contraband throughout the galaxy. Chewbacca has reluctantly partnered with the charming pirate to fund refurbishment of the Millennium Falcon.

In addition to appearing in two of Dave Filoni’s animated series within the Star Wars universe — we haven’t yet encountered Ohnaka in Star Wars: The Bad Batch, but that could change as you’ll soon see — the pirate is the primary focus of the 2019 Lou Anders novel, “Flight of the Falcon: The Pirate’s Price”.

In this novel, which was used to promote the Millennium Falcon – Smugglers Run ride at Disneyland Resort and Walt Disney World Resort’s Star Wars: Galaxy’s Edge lands, Ohnaka inadvertently explains a lot of Kaminoan secrets that are now playing into the storyline of Filoni’s latest endeavor, The Bad Batch.

Although the novel is set after Star Wars: Episode VIII – The Last Jedi (2017) in the Star Wars timeline, Ohnaka’s tale about Mahjo took place around the end of Solo: A Star Wars Story (2018), just about a decade after clone trooper squad Clone Force 99 — and female clone Omega’s — escapades in The Bad Batch.

In the novel, Ohnaka tells First Order bounty hunter Bazine Netal that he is in possession of Han Solo’s Millennium Falcon. Before he sells her the ship, however, he regales her with the story of Mahjo Reelo, a female clone who is seeking vengeance against her creator, renegade Kaminoan scientist Kolac Pru.

…she’s one of two Clones that were created to help Kolac Pru with his research, something she is reluctant to share with Hondo. The fact that she is a Clone makes her rebellion against Kolac Pru even more impressive, especially since she’s working against years of training and conditioning to protect the galaxy. The nature of her birth becomes apparent when the group confronts Kolac Pru and meets her fellow clone. While the two could just be twins, Han immediately points out that Mahjo and the other woman, who Hondo labels “Evil Mahjo,” are both clones.

Typically, Kamino’s labs were tasked with creating clones for specific clients — like the Clone Army of the Republic they produced for the Republic’s government. But, thanks to Anders’s introduction of Mahjo, we have proof that certain Kaminoan scientists made clones for their own purposes without using Jango Fett’s DNA.

Fett served as the template for every known clone trooper, including his son, infamous bounty hunter Boba Fett.

From the time Clone Force 99 — Hunter, Wrecker, Echo, Tech, and Crosshair (all voiced by Dee Bradley Baker) — encounter Omega in the first episode of The Bad Batch, they know she is different. As a matter of fact, Omega may be the “perfect” clone, a Force-sensitive being who lacks any deformation — like Supreme Leader Snoke.

Thanks to Hondo Ohnaka’s wild tale, we know more than ever about how rogue Kaminoans were operating around the time the Clone Wars ended. It is certainly possible that Omega could be one of these scientists’ creations — and that we could see Hondo Ohnaka in animation once again before this season of The Bad Batch is over…after all, he’s a pirate who loves mercenary missions.

What do you think about Hondo? Would you like to see him return to the Star Wars story and join the fight against the Galactic Empire?

The Bad Batch is currently airing every Friday on the Disney+ streaming platform.