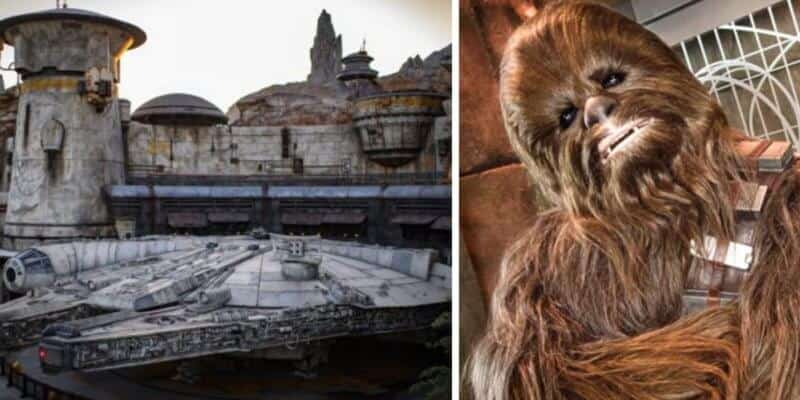 Ever since it made its debut, Millennium Falcon: Smuggler’s Run is one of the most popular Disney attractions. Both Disneyland Resort and Walt Disney World Resort have their own versions of this attraction, located within Star Wars: Galaxy’s Edge.

On Millennium Falcon: Smuggler’s Run, Disney guests can take flight on the iconic ship along with a team of five other passengers, each of which have their own designated duty, in order to enter a galactic battle.

While aboard, the team gets thrown into a team-up mission between Han Solo’s pal, Chewbacca, and Hondo Ohnaka, but it looks as though Disney guests figured out a way to unlock a secret mode, which allows you to turn off Hondo Ohnaka and get a full experience with just Chewbacca throughout the entire mission (A lot like Han Solo experiences on his missions)!

It looks as though this “hack” is similar to older video game cheat codes, where Star Wars fans aboard the attraction must push certain buttons in a specific order within a certain time frame. There is a video from the FreshBaked YouTube Channel, below, which shows guests how its done!

If you want to have all of the Chewbacca sound effects the next time you board Han Solo’s ship, follow these step by step instructions.

When guests first enter the attraction, they typically activate their positions right away. In order to unlock the secret Chewbacca mode, do NOT do this. Instead, the left and right pilots must push their controls to the extreme left/right or extreme up/down. After this is done, then you can hit your activate button.

Next up — The gunners and engineers. You all must hit one of the white buttons on your console BEFORE hitting the orange activation buttons. (Very similar to hitting the SHIFT key on a keyboard).

All of this must be completed BEFORE the Disney cast member finished checking your seatbelts and launches the Disney attraction.

In case you are not familiar with the Star Wars themed attraction, check out Disney’s official description here:

Do You Want Try And Unlock The Secret Chewbacca Mode?

If you want to fly the Millennium Falcon with Chewbacca only on your next Walt Disney World Resort or Disneyland Resort vacation, but aren’t sure where to begin planning, then don’t hesitate to reach out to our friends over at Academy Travel.

Click here to get your free travel quote today, and to get started planning that next magical Disney vacation.

Will you be attempting to unlock this secret Chewbacca Mode on Millennium Falcon? Let us know in the comments.