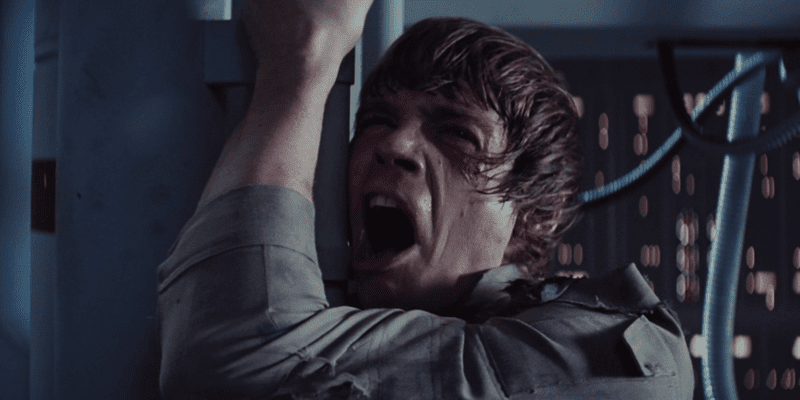 Let’s set the scene — it’s a stormy night on Bespin, Lando Calrissian just betrayed his old friend, Han Solo got frozen in carbonite and stolen by Boba Fett. Everyone is just having a pretty disastrous time. You might argue that the hero of Star Wars: The Empire Strikes Back (1980), Luke Skywalker, suffers the worst of all, though — the villain he thought killed his father, is actually his father.

Flashback to a few minutes earlier, however, and Darth Vader slices off Luke’s hand, seemingly to disarm the Jedi. However, a recent entry into the greater Star Wars story suggests that there is a specific reason that Vader dismembers his son.

The world-famous line — “I am your father” — is now cemented firmly in the Star Wars lexicon with the heavily guarded plot twist also aiding in the Star Wars sequel being regarded as one of the best films of all time. The Empire Strikes Back is perhaps the most universally acclaimed Skywalker saga movie, especially in the original trilogy. Following the success of Star Wars: Episode IV – A New Hope (1977), the film saw Mark Hamill (Luke Skywalker), Han Solo (Harrison Ford), and Princess Leia Organa (Carrie Fisher) continue to battle Darth Vader and the Galactic Empire, alongside the growing Rebel Alliance.

While Star Wars fans may have thought that Darth Vader cutting off his son’s hand was solely for the purpose of disarming his lightsaber arm, the event was foreshadowed in George Lucas’s prequel trilogy. In Star Wars: Episode II – Attack of the Clones (2002), the fledgling Jedi Padawan, Anakin Skywalker/Darth Vader (Hayden Christensen), similarly loses his hand during a duel with Separatist leader, Count Dooku (Christoper Lee).

Maybe in this instance, Lucas wanted an Easter egg to allude to the situation Vader and Luke would find themselves in many years later, but a new entry into the Star Wars universe suggests otherwise.

In the upcoming issue of Marvel Comics’ Darth Vader #12 by Greg Pak and Guiu Vilanova, the reason behind Darth Vader cutting off Luke’s hand is made increasingly clear. The preview pages for the latest issue in the series allude to the fact that Vader wanting to give his son an element of pain is the true reason behind the attack.

It’s been suggested throughout the Star Wars Saga that hatred and pain are what give Sith their immense power, so it isn’t completely obscure to see where the Marvel Comics series is going with their reasoning. You will see in the bottom panel of this preview page that the Administrator confirms this, saying — “He is a Sith, Mas Amedda. His hatred gives him power.”

The comic book series follows Darth Vader’s journey to the Sith hideaway of Exegol. Star Wars fans will remember seeing Palpatine’s lair in the conclusion to the Skywalker Saga, Star Wars: Episode IX – The Rise of Skywalker (2019). The film garnered a polarised response from fans and critics due to its lack of direction — something even director, JJ Abrams, has recently spoken about –, and the Marvel Comics series seems to be aiming to rectify some of the space opera’s plot holes curveballs.

Upon returning from Exegol in the new issue, Darth Vader refuses to be shut down while he is healed (repaired?), adding yet another confirmation that the villain needs to feel the pain to gain power with the Dark Side.

It is in the final preview page though where things get interesting regarding the cutting off of Luke Skywalker’s hand. The first and last panel of the Marvel Comic, when lined up, read — “Pain. Like I gave to you, my son.” It’s pretty obvious to even the less diehard Star Wars fans, that Vader has inflicted a lot of pain on Luke Skywalker — killing Obi-Wan Kenobi, turning to the Dark Side, the list goes on — but the central panel, which is a flashback to the events in The Empire Strikes Back, suggests this particular pain is important to Vader.

The complete disfiguration of Anakin Skywalker on Mustafar in Star Wars: Episode III – Revenge of the Sith (2005) was far more brutal than Luke’s severed hand but the idea of pain being a stimulant for the Dark Side is akin to both characters.

After dueling with Luke, Darth Vader renounces Emperor Palpatine and utters the words. “It is your destiny, join me and we can rule the galaxy as father and son.” The fact that Vader uses this moment to implore his son to the Dark Side, lines up with the notion that pain is significantly linked to the Dark Side. In severing Luke’s hand, Vader was trying to get the Jedi to follow his own journey to becoming a Sith Lord.

It will be interesting to see how Lucasfilm build on the early years of Anakin Skywalker becoming Darth Vader. The character will be explored in the upcoming Disney+ series, Obi-Wan Kenobi, which sees both Christensen and Ewan McGregor reprise their roles as Darth Vader and the Jedi Knight, Obi-Wan Kenobi, respectively.

The new television show will join the likes of The Mandalorian, The Book of Boba Fett, and Ahsoka in the live-action Star Wars universe. Obi-Wan Kenobi will hopefully continue the prequel’s Star Wars story and give fans another detailed look into the early years of the Vader’s rule — much like how Dave Filoni’s The Bad Batch is showing the important events of the rise of the Galactic Empire.

Do you think Luke should have followed Darth Vader to the Dark Side?