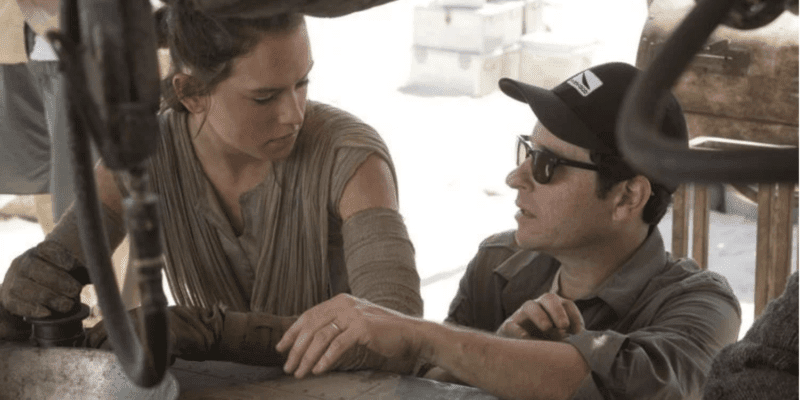 When The Walt Disney Company announced the Star Wars sequel trilogy just after acquiring Lucasfilm, Ltd. from George Lucas in 2012, Star Wars fans didn’t know where the franchise was headed. Then, when the JJ Abrams-directed Star Wars: Episode VII – The Force Awakens debuted in 2015, fans were largely pleased with the trajectory of the third trilogy in the Skywalker Saga.

There were, of course, some fans who were less-than-thrilled with the fact that Rey (Daisy Ridley), Finn (John Boyega), and Poe Dameron (Oscar Isaac) seemed to be just a new version of original trilogy trio Luke Skywalker (Mark Hamill), Princess Leia Organa (Carrie Fisher), and Han Solo (Harrison Ford), but overall, reception to the film was not bad.

Then, director Rian Johnson (Knives Out, Knives Out 2) took over for Episode VIII – The Last Jedi (2017) and the fandom became more divided than ever before — yes, even more divided than they were about the prequel trilogy — and by the time Abrams (Super 8, Star Trek) returned for Episode IX – The Rise of Skywalker (2019), following Colin Trevorrow’s departure, things were well and truly muddled in the Star Wars universe.

Now, Abrams has spoken to Collider about some of the storytelling backlash he received following the final Skywalker Saga film, and he’s admitted that there were, perhaps, some missteps that could have been avoided if the team behind the movie had had a better plan from the start.

“I’ve been involved in a number of projects that have been – in most cases, series – that have ideas that begin the thing where you feel like you know where it’s gonna go, and sometimes it’s an actor who comes in, other times it’s a relationship that as-written doesn’t quite work [perhaps a reference to backlash about Rose Tico (Kelly Marie Tran) and Finn], and things that you think are gonna just be so well-received just crash and burn and other things that you think like, ‘Oh that’s a small moment’ or ‘That’s a one-episode character’ suddenly become a hugely important part of the story. I feel like what I’ve learned as a lesson a few times now, and it’s something that especially in this pandemic year working with writers [has become clear], the lesson is that you have to plan things as best you can, and you always need to be able to respond to the unexpected. And the unexpected can come in all sorts of forms, and I do think that there’s nothing more important than knowing where you’re going.”

Abrams continued, noting that he learned “the hard way” that having a road map for a plot is the most important thing:

“There are projects that I’ve worked on where we had some ideas but we hadn’t worked through them enough, sometimes we had some ideas but then we weren’t allowed to do them the way we wanted to. I’ve had all sorts of situations where you plan things in a certain way and you suddenly find yourself doing something that’s 180 degrees different, and then sometimes it works really well and you feel like, ‘Wow that really came together,’ and other times you think, ‘Oh my God I can’t believe this is where we are,’ and sometimes when it’s not working out it’s because it’s what you planned, and other times when it’s not working out it’s because you didn’t [have a plan].”

“You just never really know, but having a plan I have learned – in some cases the hard way – is the most critical thing, because otherwise you don’t know what you’re setting up. You don’t know what to emphasize. Because if you don’t know the inevitable of the story, you’re just as good as your last sequence or effect or joke or whatever, but you want to be leading to something inevitable.”

Although Abrams didn’t outright confirm Daisy Ridley’s previous assertion that the “only thing” that didn’t change about Rise of Skywalker was Ben Solo’s (Adam Driver) death — and that her character wasn’t supposed to be Emperor Palpatine’s granddaughter until production began — he did indicate that there were certainly changes made throughout filming.

No matter what you think about the Star Wars sequel trilogy, it is intriguing to get Abrams’s take on the production process. It has not been confirmed if Abrams will ever return to the Star Wars franchise.

Ridley, Boyega, and Isaac have all indicated they have no immediate plans to come back to the Star Wars galaxy, so it is unknown if these characters’ stories will continue or if Jon Favreau and Dave Filoni’s The Mandalorian saga will continue to run point as the franchise continues to grow.

What do you think about Abrams’s comments?