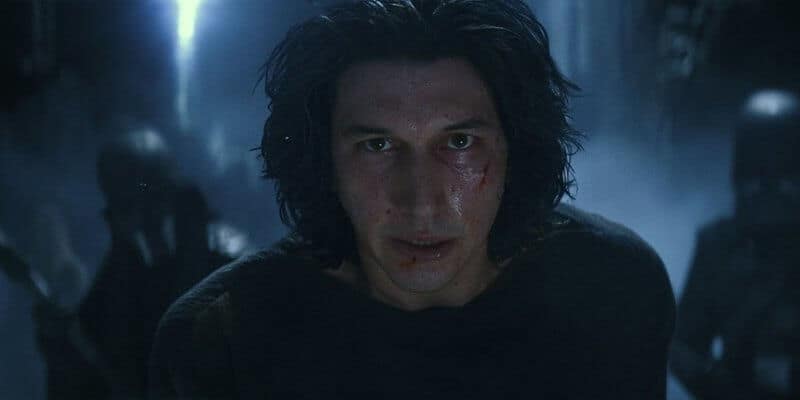 The Star Wars sequel trilogy was divisive, with some fans of the franchise at peace with how the Skywalker Saga ended and others adamant that the events of the sequels should be retconned or erased entirely.

No matter where you stand on the Star Wars sequels — Episode VII – The Force Awakens (2015), Episode VIII – The Last Jedi (2017), and Episode IX – The Rise of Skwyalker (2019) — the final Skywalker Saga trilogy introduced some popular characters into the Star Wars universe.

For many fans, for example, Kylo Ren/Ben Solo (Adam Driver) made the sequels worth watching. The son of Princess Leia (Carrie Fisher) and Han Solo (Harrison Ford) has a dedicated fan base, and many still wish he and Rey (Daisy Ridley) could have had a romantic ending.

Driver, as it turns out, struggled to watch the latest Star Wars movies. But, not for the same reason as many long-time Star Wars fans. It wasn’t the storyline itself he had a problem with — it was his own acting!

According to one report about a SAG-AFTRA Foundation podcast interview, Driver shared:

“I go to a little room and wait there until it’s [a movie premiere] over, drink, and then I go back,” Driver said. He said he “hates” watching himself act, but Driver has seen some of his work, including Star Wars. That’s because a lot is going on behind the scenes, and it’s hard to envision the project completed.

While breaking his own rule and watching the Star Wars: The Force Awakens premiere, as a matter of fact, one particular scene almost made Driver sick to watch. If you’ve seen Episode VII, you can probably guess which one — it’s tough to kill a Star Wars original trilogy icon, especially when you’re also playing his son.

“When I watched the premiere, I felt sick to my stomach. The people behind me, when the scroll started, were like ‘Oh my god. Oh my god. It’s happening.’ Immediately, I thought I was going to puke…I kill Harrison.”

While most fans knew that Ford hadn’t been interested in signing on for another full trilogy, the death of the Millennium Falcon pilot was still a shock after more than four decades of Star Wars stories featuring Solo alongside Leia and Jedi Knight Luke Skywalker (Mark Hamill).

At this time, few sequel trilogy actors have expressed interest in returning to the Star Wars franchise. Daisy Ridley (Rey), Oscar Isaac (Poe Dameron), and John Boyega (Finn) have all indicated they are finished with a galaxy far, far away.

Driver, for his part, hasn’t said he won’t return, driving rumors of some sort of Kylo Ren prequel series as Lucasfilm focuses on Disney+. This has not been confirmed by Lucasfilm President Kathleen Kennedy or any other executives, however.

Presumably, this series would show the events after Solo burned down Luke Skywalker’s new Jedi Temple, chronicling how Darth Vader’s grandson joined forces with Supreme Leader Snoke and became the leader of the Knights of Ren.

What do you think? Would you like to see this series come to fruition with Adam Driver — and his famous red lightsaber — reprising his role as Kylo Ren?