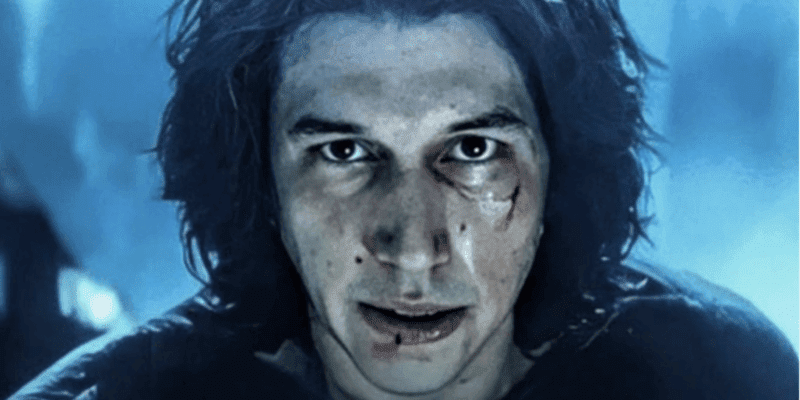 As divisive as the Star Wars sequel trilogy has been, with rumors of an official Disney and Lucasfilm retcon popping up every few months, there are still a large number of fans who are seemingly enamored of Ben Solo/Kylo Ren (Adam Driver).

To that end, there are plenty of fans who love Reylo — the “couple name” given to Rey and Solo by the online fan community. In fact, Reylo was the number one fandom duo on fan-fiction platforms in 2020.

Thus, it comes as no surprise that Rey actress Daisy Ridley still faces questions about what could have been between her and Han Solo (Harrison Ford) and Princess General Leia Organa’s (Carrie Fisher) son if he had survived Star Wars: Episode IX – The Rise of Skywalker (2019).

When Solo finally rescinded his commitment to the dark side — following a heart-wrenching scene that featured a surprise Han Solo cameo — and traveled to Exegol to help the heroine defeat Emperor Palpatine (Ian McDiarmid) for the final time, he ultimately sacrificed himself to save Rey’s life.

Now, in a new interview, Ridley has confirmed that there was never an alternate sequel trilogy ending in which Ben Solo and Rey lived happily ever after, perhaps settling down on Ahch-To in the remains of the Jedi Temple and starting a porg farm in Luke Skywalker’s (Mark Hamill) memory.

Sariah Wilson recently spoke to Ridley — who is currently making the rounds for her upcoming film Chaos Walking with Tom Holland — and Tweeted:

Reylo fans: Daisy says the only two possible TROS endings was kiss or no kiss, she said Ben dying was the only thing that never changed from the beginning and that there was no dialogue in the kiss scene other than “Ben” and her saying “No, no, no, no” when he died.

Reylo fans: Daisy says the only two possible TROS endings was kiss or no kiss, she said Ben dying was the only thing that never changed from the beginning and that there was no dialogue in the kiss scene other than "Ben" and her saying "No, no, no, no" when he died.

So there we have it, JJ Abrams never had another ending in mind for his controversial duo in the final installment of the Skywalker Saga.

At this time, Ridley and her co-stars John Boyega (Finn) and Oscar Isaac (Poe Dameron) have all expressed that they do not intend to return to the Star Wars franchise. Driver has not explicitly shared whether or not he would reprise Kylo Ren/Ben Solo in, perhaps, a flashback sequence or prequel series.

Given the timeline of the sequel trilogy — The Force Awakens takes place about 30 years after Star Wars: Episode VI – The Return of the Jedi (1983) — some have wondered if Solo could make an appearance in Jon Favreau and Dave Filoni’s The Mandalorian, which is set about five years after the events of ROTJ.

This would, of course, be a much younger version of Solo, but it makes sense that he would have been at Luke Skywalker’s new Jedi Academy at the same time as Grogu, who left bounty hunter Din Djarin (Pedro Pascal) to train under Luke in The Mandalorian Season 2 finale episode.

What do you think? Would you like to see more of Kylo Ren’s backstory with the Knights of Ren and Supreme Leader Snoke moving forward? Would you also enjoy seeing Rey return to the Star Wars universe?