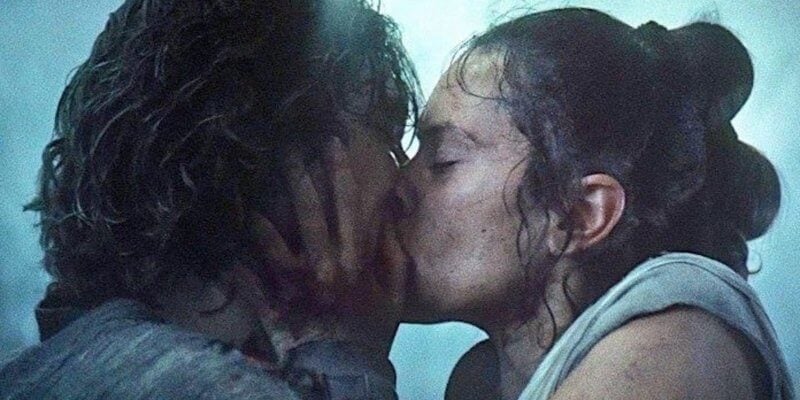 While all Star Wars fans have their own opinions about the sequel trilogy — Disney’s first major foray into Star Wars after purchasing Lucasfilm from George Lucas in 2012 — one relationship is more divisive than any other.

As it turns out, despite the controversy — or, perhaps, because of it — surrounding Han Solo (Harrison Ford) and General Leia Organa’s (Carrie Fisher) son falling for the orphaned Force wielder from Jakku, Reylo tops the 2020 Tumblr fandom relationship rankings online.

Tags for #Reylo rose six spots from 2019, which is somewhat unsurprising since the final movie in the Star Wars sequel trilogy — Star Wars: Episode IX – The Rise of Skywalker — didn’t hit theaters until December 2019. This means that the vast majority of fan fiction, fan-made GIFs, and other media surrounding that now-infamous Reylo kiss wouldn’t have been posted on Tumblr until at least January 2020.

Rey and Kylo Ren are pitted against each other as protagonist and antagonist in The Force Awakens. However, their interactions are full of cinematic tropes that usually foreshadow romantic entanglement in the future. When Kylo Ren paralyzes Rey then renders her unconscious, he carries her over the threshold to his ship. As he interrogates her, he removes his helmet, signaling vulnerability, and they are able to access each other’s minds. Finally, during their lightsaber battle on Starkiller Base, he tries to recruit her as his protégé.

Ultimately, of course, the lengthy “will they or won’t they” romantic trope continues for two more films, with Rian Johnson’s divisive The Last Jedi offering the resolution that the duo’s bond is an incredibly rare Force dyad — one of many plot points that still frustrates many long-time Star Wars fans and even Star Wars writers — and, finally, Rise of Skywalker giving Reylo shippers what they had long desired — a kiss between Rey and Ben Solo.

After proponents of the Star Wars relationship were initially ecstatic, however, movie director JJ Abrams shared that he viewed the kiss not as romantic but as more of a brother-sister expression of affection. This is supported in the Skywalker novelization regarding the scene.

As CBR’s article noted, however, this didn’t deter any Reylo shipper within the online fandom:

That might’ve been his [Abrams’s] interpretation, but the sequel trilogy gave shippers plenty of text and subtext to work with, and Reylo fanfiction and fan art have flourished in the year since the final film’s release…

…The not-so-controversial explanation [of why Rey and Ben Solo are so popular as a couple] is the strength and range of Adam Driver’s portrayal of the fallen son of Han and Leia. Compared against previous Star Wars relationships, Ben’s arc toward redemption is more compelling than Anakin’s toward disgrace, and as such, audiences never invested in Anakin and Padme with as much fervor. Regardless of the narrative, Driver and Daisy Ridley had more mature, believable and palpable chemistry than Christensen and Natalie Portman, and people found more to identify with in Kylo Ren/Ben Solo.

However, it is also important to note where the controversy comes into play — some Star Wars fans don’t view Rey and Ben Solo as star-crossed Shakespearean lovers in a potentially loving romantic relationship, but as a toxic coupling that overshadowed the end of the Skywalker Saga. Some even feel that Solo’s treatment of Rey — when he is still on the dark side as Kylo Ren — borders on, or even is, emotional abuse.

His redemption arc, for a certain faction of the Star Wars fan community, will never be enough to justify his actions. At this point, it seems like the Reylo fandom — and whether or not the duo should have gotten a happy ending together — is simply one more issue Star Wars movie fans are going to have to agree to disagree on (what else is new?)

No matter where you fall within the Reylo relationship controversy, the fact remains that the pairing is Star Wars — and the internet’s — most popular of 2020.

Do you think the popularity of this ‘ship will continue into 2021 on Tumblr and other similar websites? Reylo fans certainly don’t seem to be going anywhere. Are you a Reylo shipper or would you have preferred this would-be romance have been left out of Star Wars canon?