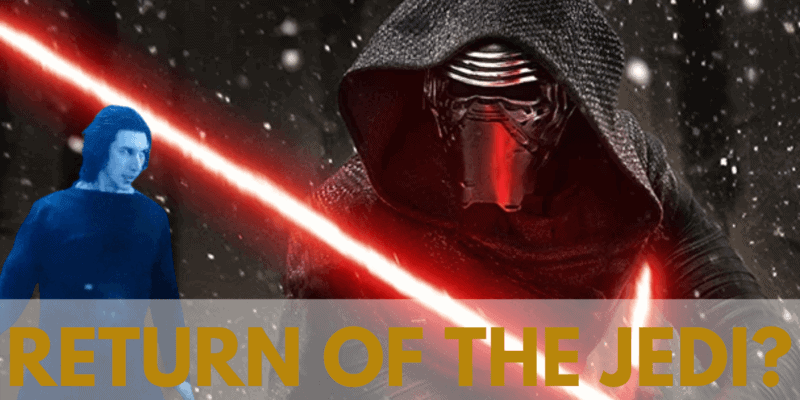 I think we can all agree that one of the highlights of the Star Wars sequel trilogy was Han Solo‘s son, Ben. A new rumor now suggests that the dark lord’s actor may not be done with the saga just yet. But how likely is a Kylo Ren Star Wars return?

Popular character Kylo Ren may live on past the third trilogy

Former Supreme Leader Kylo Ren certainly had a heck of a time in the sequel trilogy, with Adam Driver’s performance being one of the few universally praised elements the films had to offer.

According to a rumor from Kessel Run Transmissions’ Corey Van Dyke, Lucasfilm is aware of this popularity and plans to cash in on the character‘s brand value by creating a new project focused on expanding Kylo’s story. Allegedly, this could either be a new solo movie or a television series similar to Disney‘s widely successful Mandalorian series.

Van Dyke’s report says it isn’t clear whether the project would take place before the Force Awakens or after the conclusion of the Skywalker Saga.

The rumor does, however, add credence to the report that Star Wars veteran, Mark Hamill, may continue to play a younger Luke Skywalker via CGI. If the Kylo Ren series does take place before The Force Awakens — perhaps even featuring original trilogy flashbacks — Ren’s master and Uncle Luke Skywalker would be an essential character.

Kylo Ren was famously retconned in The Rise of Skywalker to become far more sympathetic than the Supreme Leader that we saw in The Last Jedi. Ren’s helmet was even restored as apparently everything from that film had to be changed (thanks J.J). Kylo Ren’s story became much more about a redemption arc, just like Darth Vader’s before him, despite most Star Wars fans thinking that him going full Sith lord villain would’ve been more interesting.

The character even showed the ability to use force healing, something we’d never seen before that movie when Rey used it on him after their battle on the ruined second death star. If a Kylo Ren Star Wars return did really happen, we expect he’d be a lot more sympathetic and very obviously seduced to the dark side by Snoke / The Emperor.

Adam Driver has been as vocal as co-star John Boyega about not returning to the Star Wars franchise. Just after the launch of The Rise of Skywalker, Looper reported that a return to the Star Wars was ‘not on [his] agenda‘ and that he ‘aspire[s] to other adventures‘.

With Oscar-winning hits like Marriage Story and BlackKKlansman under his belt, Driver is certainly an actor in high demand. It, therefore, seems unlikely we’ll see Driver back as Kylo, though a fan can dream. Perhaps ten years down the line he’ll change his mind and we’ll get a force ghost Kylo in a future Star Wars film.

It’s worth noting that Kylo’s story has already been expanded on in a widely successful comic series exploring the origins of the force user, his lightsaber and the Emperor‘s puppet Supreme Leader Snoke. Personally, I’d like to see a third installment of SNL’s Undercover Boss: Star Destroyer edition.

What are your thoughts on this rumor? Could the ‘not quite a Sith‘ baddie return? Let us know in the comments below.