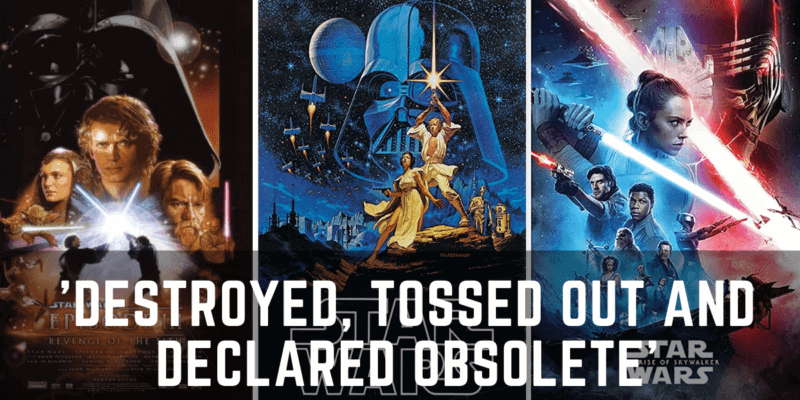 The Star Wars sequel trilogy is both loved and loathed by the fandom, with most agreeing it’s a ‘pretty good one that aged poorly, one that is both the most loved and loathed film ever, followed by a total mess of a finale.’ Well, all of that may change if a rumor is to be believed, as the Star Wars sequel trilogy is reportedly being erased from canon.

Why is the sequel trilogy allegedly being erased?

According to Youtuber Dicktor Van Doomcock, an unnamed source at Lucasfilm claims that Disney is resetting the trilogy, rendering the events of 2015’s The Force Awakens, 2019’s The Rise of Skywalker, and yes, Rian Johnson’s 2017 entry The Last Jedi, null-and-void.

It’s not clear exactly why Disney – Lucasfilm are allegedly making this radical change, other than the Youtuber’s own opinion that ‘the franchise is all but dead’;

‘I have received confirmation from two additional sources claiming that this is spot on – that indeed Lucasfilm realizes they have a massive problem on their hands, that the Star Wars franchise is all but dead, and despite Kathleen Kennedy’s hatred of this idea, Lucasfilm is preparing to render the Sequel Trilogy null and void.’

How will the Star Wars trilogy supposedly be erased?

Doomcock’s source states that the alleged reset will stem from an unlikely source: Star Wars Rebels. As he says;

“In the season 4, episode 13 installment titled A World Between Worlds, the concept of the Veil of The Force was introduced, a mystical dimension of The Force that connects all time and space,”

According to the source, Emperor Palpatine will be pivotal to the reset, as he’ll use the Veil of the Force for Ancient Sith Rituals, opening up new realities in the process. Palps is said to have survived his fall at the hands of Vader on the second Death Star thanks to these portals, explaining his haggard appearance in The Rise of Skywalker (where the ‘cloned body’ theory fits in with this isn’t exactly clear).

What does this mean for the Star Wars sequel trilogy 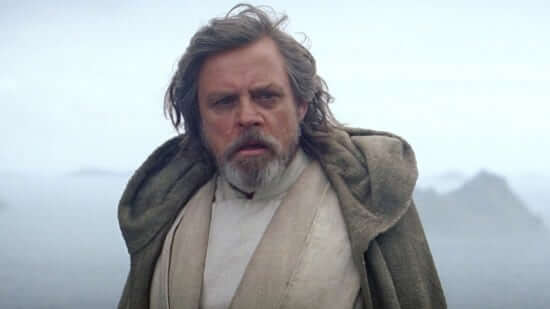 Doomcock’s source claims that the entire trilogy will be erased through a sort of Star Wars multiverse, allowing us to see different timelines where the original Star Wars trilogy played out in different, in a way that Star Wars fans who don’t like the Disney films will approve of.

Essentially, the rumor states that The Force Awakens, The Last Jedi, and The Rise of Skywalker ‘will be removed from canon, isolated in their own alternate timeline and regarded as an Elseworlds-like installment under the label of Star Wars Legends‘

This means that the Star Wars prequels (The Phantom Menace, Attack of the Clones, Revenge of the Sith) will be safe alongside the original trilogy, while the final third of the Skywalker saga will be relegated to Star Wars Legends status.

Star Wars Legends is famously the name given to all formerly canon material in the Star Wars saga that didn’t fit with Disney – Lucasfilm‘s vision for the Star Wars universe. Some elements of these stories did remain intact, however, such as Han Solo‘s son turning to the dark side.

How likely is the Star Wars sequel trilogy to be erased from canon?

Extremely unlikely. Let’s not forget that even the most disappointing entry in the trilogy – The Rise of Skywalker – cracked the one billion dollar mark and currently sits as the 32nd highest-grossing movie of all time.

The Star Wars fandom has become increasingly toxic since it was purchased by Disney – Lucasfilm, with talk of what defines a ‘real Star Wars fan‘ alienating many. Detractors of the Disney Star Wars movies often look for a way to consider them non-canon, and while this theory does have legs in terms of what is possible in the Star Wars universe, it really doesn’t seem to hold much plausibility.

Imagine the outcry if Disney made now beloved characters like Rey and Finn – who represent the franchise’s move towards greater diversity and inclusion – totally void. It would be a PR nightmare and would undo so much of the goodwill with the mainstream viewer.

The way that the source deliberately seems to take satisfaction in personally targeting Kathleen Kennedy also makes me think this is bogus;

“[if] the plan comes to pass, everything that Kathleen Kennedy did with the Sequel Trilogy will be destroyed, tossed out and declared obsolete.

Only time will tell, but deleting an entire trilogy to appease a portion of the fanbase seems very drastic. Disney may have slipped up a few times (looking at you Rise of Skywalker), but works like The Mandalorian and the new Clone Wars animated series season prove that the mouse can make excellent Star Wars content and that the franchise is very much alive with or without George Lucas.

Related: George Lucas Would Reportedly Return to “Star Wars” if He Has Full Control

What do you think about this rumor? Let us know in the comments below.