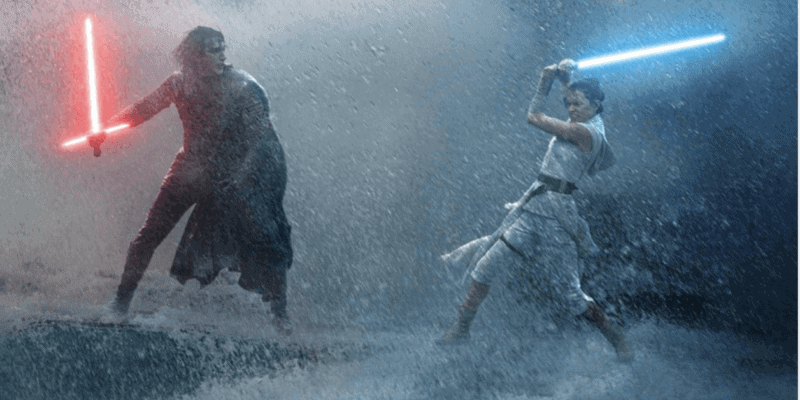 When The Walt Disney Company purchased Lucasfilm (and with it, the Star Wars franchise) from George Lucas in 2012, fans weren’t exactly sure what to expect. Then, immediately on the heels of the acquisition, Disney announced that the Star Wars sequel trilogy was in development.

Disney and Lucasfilm already had a long history before the Star Wars universe officially became part of the House of Mouse — rides like Indiana Jones Adventure: Temple of the Forbidden Eye and Star Tours opened at Disney Parks in the 1980s and 1990s.

Disney’s acquisition of the sci-fi guru’s studio felt, in many ways, like it should have happened years earlier. This made the Star Wars fan community hopeful for everything that was to come.

And, right away, the sequels started to divide Star Wars fans. Some enjoyed the nostalgia — and the reappearance of beloved original trilogy characters 40 years later — while others wished Disney had tried something completely new in a galaxy far, far away.

By the time Rian Johnson’s Star Wars: Episode VIII – The Last Jedi (2017) released, fans’ opinions were set — and most of them weren’t happy with the way things were going in Disney’s sequels. As Forbes noted soon after TLJ released on DVD and Blu-Ray:

Star Wars: The Last Jedi is one of the most controversial films in years — some people love it, others hate it. And now that it’s available on home video, many are watching it again to see if they’ve changed their mind about the movie.

After its theatrical release, the media highlighted the divide between the film’s critical reception and the general public’s views. On Rotten Tomatoes, for instance, the aggregated rating from critics is 90% but the audience score is 50%.

The conclusion of the Skywalker Saga, Star Wars: Episode IX – The Rise of Skywalker (2019) did little to repair the divisive nature of the Star Wars sequels, with some fans unhappy with how Rey took on the moniker “Skywalker”, others angry that Adam Driver’s character Kylo Ren/Ben Solo died, and yet more fans (and seemingly Mark Hamill, too) still not over at the anticlimactic way Luke Skywalker met his demise two years earlier in The Last Jedi.

From the moment showrunner Jon Favreau and executive producer Dave Filoni’s Disney+ Star Wars series debuted on November 12, 2019, it did something the Star Wars sequels never managed to do — it united a fan base that hadn’t universally liked a project since The Empire Strikes Back debuted in 1980.

Over the course of two seasons so far, Favreau and Filoni have taken fans on a journey alongside Grogu and bounty hunter Din Djarin (Pedro Pascal), masterfully introducing characters both new and old into their new live-action corner of the Star Wars galaxy.

And, Disney seems just fine with letting The Mandalorian — and its spinoff series The Book of Boba Fett and Ahsoka — run point within the Star Wars universe, particularly since Ridley, Isaac, and Boyega have all expressed that they have no immediate interest in returning to a galaxy far, far away.

The Mandalorian has done what the sequel trilogy failed to do; it has introduced new characters and locations, and in doing so it serves as a launchpad for countless new potential stories. What’s more, everything seen in The Mandalorian builds so organically on what has been seen before. There’s nothing so jarring as the sudden (still barely explained) emergence of the First Order, or the revelation Palpatine has returned from the dead through means that only became clear courtesy of tie-ins.

It’s also worth noting that Lucasfilm and Disney seem to be in no hurry to return to the sequel trilogy era. Their most hotly anticipated upcoming series all take place closer to the prequel trilogy and the original trilogy.

The Mandalorian saga, to date, has been set approximately five years after Episode VI: Return of the Jedi (1983), Obi-Wan Kenobi (starring Ewan McGregor as the Jedi Master and Hayden Christensen as Darth Vader) will occur about ten years after the events of Episode III – Revenge of the Sith (2005), and Andor (featuring Diego Luna as Rogue One’s Captain Cassian Andor) will be set above five years prior to Episode IV – A New Hope (1977).

It seems that Disney and Lucasfilm President Kathleen Kennedy are moving the Star Wars canon forward by moving backward in the Star Wars timeline. The events of the sequel trilogy are being made irrelevant by simply not being acknowledged — and Disney seems to be absolutely fine with that.

Which upcoming Star Wars show are you most excited about?