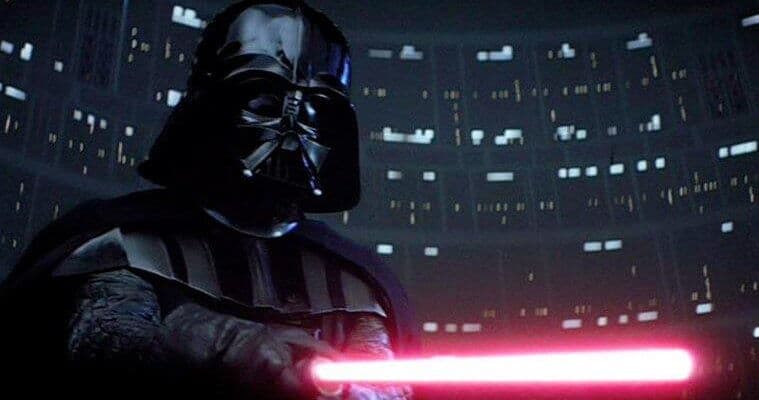 The Star Wars franchise is an ever-growing behemoth. What started as one risky space film has become one of the world’s biggest fictional universes, spanning over forty years, nine movies, multiple television shows (with more on the way) and Lucasfilm show no signs of slowing down.

Despite all the shiny, new films that have hit theaters in recent years, the first Star Wars sequel of the original trilogy — Star Wars: Episode V – The Empire Strikes Back (1980) — still stands the test of time and is often lauded as the Star Wars saga’s most acclaimed installment.

This is your ultimate guide to the movie that defined a genre.

What happens at the end of Star Wars Episode IV?

The climactic ending to George Lucas’s Star Wars: Episode IV – A New Hope (1977) saw Luke Skywalker (Mark Hamill), Han Solo (Harrison Ford), Princess Leia (Carrie Fisher), along with the burgeoning Rebellion, go to war with the Galactic Empire and successfully destroying their planet-killing superweapon, the Death Star. Following the events above the moon of Yavin IV, Leia awards Luke and Han medals for their heroism in protecting the secret Rebel base and delivering a huge setback to the Empire’s control of the galaxy.

In what location does Episode V start?

A far cry from where Star Wars fans last saw the heroes, The Empire Strikes Back begins on the ice planet of Hoth after Darth Vader launches probe droids from his Imperial Star Destroyer fleet to locate Princess Leia and her Rebel Alliance. Hoth sees one of Star Wars‘ most famous battles with the Rebels pitted against the Empire’s AT-AT walkers. The ice planet is also the location that viewers catch a glimpse of Han Solo’s and Leia’s growing romantic relationship after they escape the battle with C-3PO (Anthony Daniels) and Chewbacca (Peter Mayhew) aboard the Millennium Falcon.

What events of the previous movies impact the events of Episode V?

The destruction of their space station, the Death Star, in A New Hope sees the Imperial army lose one of their biggest weapons against the building Rebel Alliance. While Han and Leia do their best to avoid Darth Vader’s armada, Luke Skywalker travels to the swamp planet Dagobah to seek out Jedi Master Yoda (Frank Oz), following Obi-Wan Kenobi’s (Alec Guinness) Force spirit’s advice. Luke’s training to become a Jedi Knight began in Episode IV when Obi-Wan enlisted him to help carry out Leia’s mission to deliver the Death Star plans to Alderaan.

How do the events of Star Wars Episode V impact the story thereafter?

The Empire Strikes Back gave cinema one of the biggest reveals in history. When Darth Vader spoke the words “I am your father” to an injured Luke Skywalker on the planet Bespin, it set in motion events that would affect the Star Wars universe for years to come. It became clear that Star Wars — while very much an epic space opera — is based around family. George Lucas has also indicated this before, stating that Star Wars is first and foremost a “soap opera”.

The Star Wars film also played true to its name, seeing the band of heroes coming under attack from all sides with Luke dueling with Darth Vader and Han Solo being captured by the bounty hunter, Boba Fett, after Lando Calrissian’s (Billy Dee Williams) betrayal on Cloud City. These catastrophic events allowed the Empire to regain some authority in the war against the Rebel Alliance following their defeat in A New Hope.

The Star Wars story continues in the sequel, playing on the events of the previous film but also setting the stage for the next installment. The Empire Strikes Back shows Star Wars fans the journey of Luke Skywalker and droid, R2-D2 (Kenny Baker), to meet Jedi Master Yoda on Dagobah in order for him to continue his training and understanding of the Force.

Han Solo’s and Princess Leia’s romantic entanglement grows, paving the way for events of Star Wars: Episode VII – The Force Awakens (2015). Darth Vader reveals himself to be Luke’s father after a vicious lightsaber duel and the events on Cloud City end with Boba Fett fleeing to Tatooine to deliver a carbonite-bound Han Solo to Jabba the Hutt.

Why is Star Wars Episode V sometimes considered one of the best films in the series?

Despite George Lucas not intending to develop a sequel in the first instance, the huge success of his first Star Wars movie — that would go on to become Episode IV of the Skywalker Saga — led to The Empire Strikes Back hitting theaters three years later, as the second entry in the original Star Wars trilogy. Directed by Irvin Kershner, written by Leigh Brackett and Lawrence Kasdan with a story by George Lucas, The Empire Strikes Back is often cited as one of, if not the, best film in the Star Wars franchise.

The sequel defied expectations not only in the way Lucas didn’t even imagine it existing when he first released A New Hope — then just Star Wars — but because it builds on the famous trope of good vs. evil in such a dramatic and clever way. While the film harnesses the emotional heart of the Star Wars story, The Empire Strikes Back also features a dynamic plot and an equally dynamic on-screen delivery and cinematography. From intense on-planet action to gentle but powerful conversations between Jedi Master and Padawan, to stolen kisses aboard a run-down spaceship, The Empire Strikes Back has it all.

Who are some of the new characters introduced in Star Wars V, and how do they impact the plot?

Another way that The Empire Strikes Back builds upon its predecessor is in its introduction of new characters that help to craft the wider Star Wars universe. Two of the key characters that appear in this Star Wars story have varying degrees of screen time but both arguably play a huge role in the events of the film. Lando Calrissian is first introduced as the Administrator of Cloud City — and former owner of the Millennium Falcon — where he greets Han Solo, Princess Leia, Chewbacca, and C-3PO who are on the run from Darth Vader’s Imperial fleet. Thinking of themselves to be in safe hands, the heroes quickly find that Lando has betrayed them to Darth Vader and the bounty hunter, Boba Fett, issuing in the first major instance of the Rebellion’s defeat.

Boba Fett, while only playing a small role in The Empire Strikes Back, has become somewhat of a pop culture icon. In the sequel, the bounty hunter is the one who tracks down the crew of the Millennium Falcon per Darth Vader’s request but ultimately hands the space smuggler over to Jabba the Hutt. This hand-off paves the way for the action-packed opening of the follow-up film, Star Wars: Episode VI – Return of the Jedi (1983).

What are some of the new creatures that were introduced in Star Wars V, and how did they make the world more immersive?

Star Wars lore is an ever-growing entity. Each new installment into the Star Wars canon layers onto the world George Lucas established in 1977, and The Empire Strikes Back is no different. On Hoth, audiences are introduced to both Tauntauns and Wampas, the latter attacking Luke Skywalker until he used the Force to defeat the beast.

The hiring of Boba Fett also saw Star Wars fans introduced to other creatures from across the galaxy that have turned to the bounty hunting way of life. One such character is Bossk, a Trandoshan that has gone on to be a featured character in other Star Wars projects like Dave Filoni’s Star Wars: The Clone Wars and Star Wars Rebels animated series TV shows. The addition of new types of characters allows for George Lucas to create a bigger world for the Star Wars saga than just what he can show in a feature film, giving audiences a glimpse into the greater galaxy.

What other new elements were introduced to the Star Wars universe in Episode V?

Aside from bounty hunters, questionable characters, and new planets, The Empire Strikes Back also introduced the Star Wars series’ main antagonist – Emperor Palpatine. Only appearing in the form of a hologram to Darth Vader, the Emperor would go on to play a bigger role in the 1983 conclusion, the prequel trilogy — beginning with Star Wars: Episode I – The Phantom Menace (1999) — and in the latest addition to the franchise, Star Wars: Episode IX – The Rise of Skywalker (2019).

What important information do we find out about Darth Vader in Episode V?

Arguably, the biggest revelation of the Star Wars franchise comes in the form of Darth Vader revealing himself to be Luke Skywalker’s father during an intense lightsaber duel on Bespin. Audiences also learn that Darth Vader intends to turn his son to the Dark Side of the Force, setting himself on an inevitable quest to hunt down Luke and show him the ways of the Dark Side.

How does Episode V set up the events of Episode VI?

Set a year after the events of The Empire Strikes Back, Return of the Jedi answers a lot of Episode V‘s questions. The film opens with Luke, Leia, Lando, and the rest of the Millennium Falcon crew travel to Tatooine to free the captured Han Solo. As well as this, the hologram reveal of the Emperor in The Empire Strikes Back, leads to a devastating duel between Luke and Darth Vader aboard the second Death Star where the Emperor urges Luke to join the Dark Side of the Force like his father.

What parallels happen between Episode V and Episode III?

Both films play with the idea of a young Jedi learner being coaxed to the Dark Side by the powerful Emperor Palpatine. In Revenge of the Sith, Anakin Skywalker succumbs to the Sith way, becoming Darth Vader. While Episode V sees Luke reject the Dark Side in the hope that he and the Rebellion can wipe out the Galactic Empire for good. This is further explored in the parallel between Luke seeing the vision of his friends in trouble on Cloud City and Anakin’s vision of Padmé in pain. Even Yoda comments on this saying — “If you end your training now, if you choose the quick and easy path, as Vader did, you will become an agent of evil.”

There is so much to say about The Empire Strikes Back but it remains clear that the Star Wars movie still holds up to this day, and that fans still celebrate it as the most iconic entry into the Star Wars universe.

Do you think that The Empire Strikes Back is the best Star Wars film of all time?