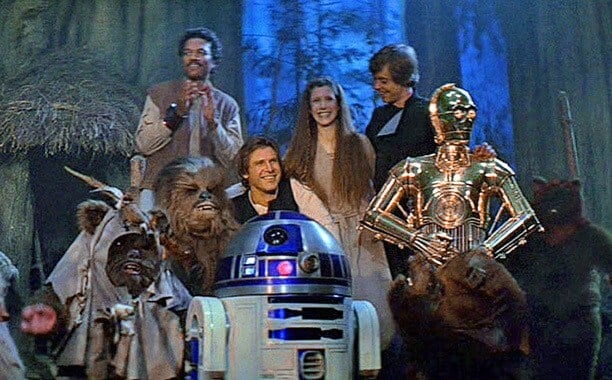 In the ever-expanding Star Wars universe, there’s room for just about anything to happen — from the rumored introduction of Brie Larson as Luke Skywalker’s Star Wars Legends wife, Mara Jade, in The Mandalorian saga to discovering that iconic bounty hunter Boba Fett has a sister named Omega (Michelle Ang) — the stories we know and love are constantly evolving.

The series began publication on February 5, 2020, and “Darth Vader #14” was recently released. In previous issues, Sith Lord Vader concluded that he needs to kill his son, Luke Skywalker (Mark Hamill in the films). This has led him on a wild chase to retrieve Han Solo (Harrison Ford in the films) — whose ties to his son he believes could prove useful. Han has, by this point, been encased in carbonite and was in the possession of Boba Fett.

So far, everything tracks with what we know from George Lucas’s original trilogy.

ScreenRant succinctly explained how Vader eventually gained possession of Han in the comics:

…Crimson Dawn [Maul’s crime syndicate] steals the frozen smuggler from the renowned bounty hunter to sell on the black market. There, Vader successfully intimidates Bokku the Hutt into betraying Jabba by forcing him to make the highest bid at the end of Star Wars: Darth Vader #14 by writer Greg Pak and artist Raffaele Ienco. This means that Han Solo is now in the possession of Vader.

This should all sound relatively familiar to original trilogy fans, except that by the time we get past the iconic “I love you”, “I know” scene in ESB and pick up in ROTJ, Jabba the Hutt already has Han’s carbonite-ravaged body in his palace on Tatooine.

Per, Darth Vader (James Earl Jones/David Prowse) and Emperor Palpatine’s (Ian McDiarmid) initial conversation in Return of the Jedi, we know that Palpatine had prioritized the development of the second Death Star over all else, including the Dark Lord of the Sith’s quest to destroy young Skywalker.

The likely scenario, then, is that the comics will somehow detail Jabba and his cronies — possibly even Fett himself, who is undoubtedly angry about losing his asset, if he escapes from the Sarlacc pit in time — stealing Han’s body out from under Vader’s nose…er, helmet.

For the moment, though, the “Darth Vader” comics are bizarrely retconning Return of the Jedi in such a way that the series of events that lead to Princess Leia (Carrie Fisher), Luke Skywalker, and their friends’ daring rescue of Han is nearly impossible.

The official description of Return of the Jedi reads:

Experience the triumph of the Force in Star Wars: Episode VI – Return of the Jedi. In the epic conclusion of the saga, the Empire prepares to crush the Rebellion with a more powerful Death Star, while the Rebel fleet mounts a massive attack on the space station. Luke Skywalker confronts Darth Vader in a final climactic [lightsaber] duel before the evil Emperor.

How do you think these canon Star Wars comics will pull everything together?