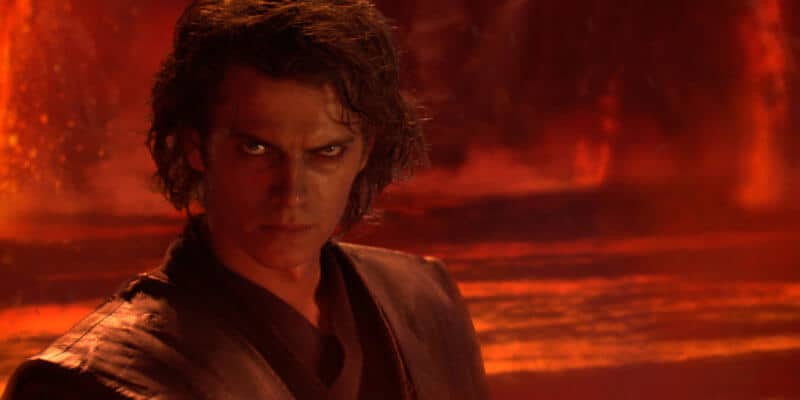 Later, of course, the team loses Crosshair to his inhibitor chip — he becomes an Imperial commander — and gains Omega (Michelle Ang), a young female clone who, as it turns out, is a first-generation clone of Jango Fett. This makes her extremely valuable to the Kaminoans who are, at this time, completely unaware that Boba Fett is still alive.

As a matter of fact, it seems likely that Omega is what Kamino’s scientists always wanted — a perfect, Force-sensitive clone. Filoni is diving headfirst into fixing the Star Wars sequels’ Snoke problem, subtly asserting that Omega is what Rey’s (Daisy Ridley) father and Supreme Leader Snoke neither one were — simultaneously beautiful and in touch with the Force.

Rey’s father, a failed clone of Emperor Palpatine (Ian McDiarmid), was attractive but useless in regard to Force sensitivity. Snoke, on the other hand, was horribly deformed, but had Force sensitivity in droves — just ask Kylo Ren (Adam Driver).

Now, an intriguing Reddit post wonders if Omega’s role in the Star Wars story runs far deeper than helping Clone Force 99 with their mercenary missions from Cid (Rhea Perlman), or even explaining the Kaminoans’ cloning practices. Perhaps she is acting as a foil, of sorts, to Anakin, the fallen Chosen One.

Redditor RatsAreAdorable shared a lengthy post that, in part, included the following comparisons between Omega and Anakin:

– Similar size and build (impossible to figure age for Omega, though)

– Blond child of a single dark-haired “parent” (Jango Fett/Shmi Skywalker); Anakin’s hair is a dirty blond to begin with although the color darkens visibly with age. It’s probably no coincidence that the only other clone with blond hair, Rex, is the one most closely associated with Anakin.

– Opposite-sex clone of their genetic donor. Although the canon Darth Vader comic shows Palpatine “fathering” Vader using the Force in a vision, the only genetic material in Anakin’s body would be his mother’s. Genetically, that makes Anakin an opposite-sex clone of Shmi.

– Highly intelligent and precocious behavior (some of the time, anyway)

– Exceptional skills for their age. 9-year-old Anakin’s piloting and technical skills are extraordinary. Omega is great at strategy, plus is exceptionally resourceful and emotionally intelligent. Omega seems to be picking up technical skills quickly as well, like being able to work on the Gonk droid.

To be clear, I don’t think she has Anakin Skywalker’s DNA in her; when Tech says that she’s an unaltered clone of Jango Fett, I believe that’s exactly what she is. Force sensitivity is hereditary but not genetic because it is carried by Midichlorians in the blood and tissues of a living being, so Tech’s DNA analysis would be useless in detecting it.

Where Anakin (Hayden Christensen in the prequel trilogy) always struggled with the ways of the Jedi Order, unable to let go of his feelings of Padme Amidala (Natalie Portman in the prequel trilogy), ultimately choosing the dark side and the ways of the Sith in a bid to save her life, Omega is inherently pure — although she doesn’t even seem to know her own Force abilities at this point in The Bad Batch, her innocence and connection to the light side is palpable.

From the way she forgave Wrecker after his inhibitor chip malfunctioned and he nearly killed her (Episode 7, “Battle Scars”) to the way she convinced Hunter to help a young Hera Syndulla (Vanessa Marshall) rescue her family (Episode 12, “Rescue on Ryloth”), Omega is seemingly everything Anakin couldn’t be.

Whether Anakin struggled because he knew about his incredible Force abilities, or simply due to his inherent nature will undoubtedly continue to be debated in the Star Wars fan community for years to come, but now, the  Star Wars franchise has the unique chance to show us what happens when its new “Anakin Skywalker”, so to speak, stays the course and hones her skills for the light side of the Force.

Heck, we could even see Omega and Grogu team up in Jon Favreau and Filoni’s The Mandalorian Season 3 or The Book of Boba Fett (we can dream, right?)

What do you think? Is Omega supposed to be reminiscent of Anakin Skywalker in the Star Wars universe?

Remember, you can catch Ewan McGregor as Jedi Master Obi-Wan Kenobi and Hayden Christensen as Darth Vader for the first time since Star Wars: Episode III – Revenge of the Sith in Deborah Chow’s special event series, Obi-Wan Kenobi, on Disney+ in 2022. The series, set on Tatooine, will explore Ben Kenobi’s exile a decade after the prequels — and may even showcase Luke Skywalker’s childhood.