'Star Wars: The Bad Batch' - Who Is Omega? - Inside the Magic 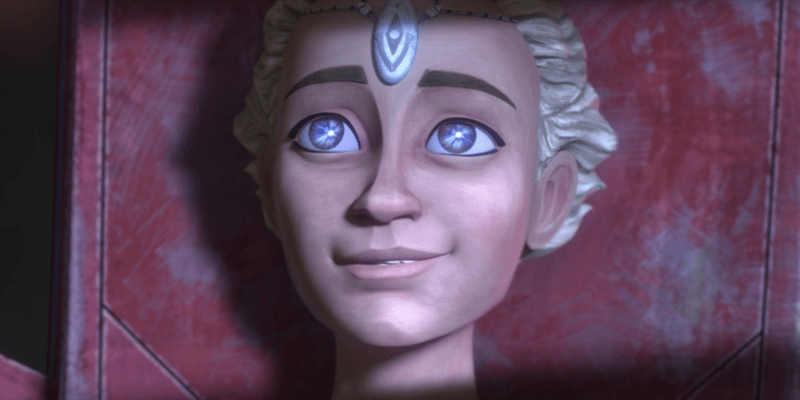 Michelle Ang’s Omega joins the Star Wars universe in the latest Disney+ television series from Lucasfilm, Star Wars: The Bad Batch. With voice actor veteran, Dee Bradley Baker, back as the titular “Bad Batch”, Ang’s character is stirring up some big questions for Star Wars fans — namely, who is Omega in The Bad Batch?

Here is your guide to the new female clone in the Star Wars universe.

Omega’s introduction to Clone Force 99, or the “Bad Batch”

What is The Bad Batch?

The Bad Batch premiere launched on Star Wars Day (May 4) and tells the story of a group of defective, genetically modified clones called Clone Force 99, or the “Bad Batch”. Made up of five mutated clone troopers – Hunter, Tech, Echo, Crosshair, and Wrecker – the squad partakes in numerous mercenary missions on behalf of the Republic, and are quickly becoming some of the best characters in the galaxy.

Dave Filoni’s (Star Wars Rebels, Star Wars Resistance) new animated series crosses over the events of Star Wars: The Clone Wars and Star Wars: Episode III – Revenge of the Sith (2005) in the time before the original trilogy began. The season began with a feature-length episode titled, “Aftermath”, highlighting the historic moment of the Galactic Empire’s rise to power. Despite The Bad Batch controversy early on, the new series seems to have already built its fandom like many of the other Star Wars spinoffs.

When Chancellor Palpatine executed Order 66, overriding the Clone Army’s programming to turn on their Jedi generals, the experimental clones were seemingly unaffected due to their enhancements. Although, as time wore on, some of the squad members did succumb to the Order 66 protocol before being saved by their brothers.

Who is Omega in the Star Wars universe?

Omega, like the member of Clone Force 99, is a genetically enhanced clone. Essentially made from the DNA of bounty hunter Jango Fett, Omega’s existence — at least at first — was seemingly unknown, but as the series progresses more and more is coming to light about the new character.

In the ninth episode of The Bad Batch, “Bounty Lost”, Omega was revealed to be a direct replica of Jango Fett, at least in terms of genetics. Only one other clone has this same link — the bounty hunter, Boba Fett.

How is Omega introduced in Clone Force 99?

Arguably the new Grogu of Star Wars, Omega was introduced as a wide-eyed child intent on seeking a more adventurous life. Raised under the guidance of the Kaminoans on Kamino, Omega’s first appearance came when the elite soldiers of Clone Force 99 returned to Kamino following the execution of Order 66. She was the medical assistant to Nala Se.

Hunter had just saved the Padawan Caleb Dume — Kanan Jarrus in Star Wars Rebels — after the murder of Jedi Master Depa Billaba, and upon returning to Kamino stumbled upon Omega. When Admiral Tarkin arrived on Kamino, Omega bonded with Hunter and the rest of Clone Force 99 before escaping the planet with them after Crosshair’s chip activated, making him turn on his squad. The familiar faces just keep on coming.

Omega’s history before The Bad Batch

What is Omega’s backstory?

Many theories point to Omega being Force-sensitive. Her skill targeting a weapon in the premiere episode of the Star Wars animation, and more recently her ability to win every opponent at a game of dejarik, suggests there may be more than meets the eye with this honorary “Bad Batch” member.

What Star Wars fans do know, however, is that Omega is the daughter of Jango Fett and sister to Boba Fett. In “Bounty Lost”, after a near-death situation with the notorious Cad Bane and Fennec Shand, Tech revealed that Omega’s genetic makeup is a direct replication of Jango Fett’s. While the clone trooper army’s genetics were slightly modified to grow quicker, Omega — and Boba Fett — were left completely untouched.

How does Omega’s backstory influence her in The Bad Batch?

While Star Wars fans don’t know much else other than this familial connection to two of the galaxy’s most notorious bounty hunters, her relationship to Boba Fett provides the most interesting detail, and not just for Filoni’s The Bad Batch. With only six episodes left of the first season, her backstory could point to the animated reprisal of Boba Fett or likewise the live-action debut of Omega in a Star Wars series down the line — like Robert Rodriguez’s The Book of Boba Fett.

Back to The Bad Batch though, we know the Kaminoans have hired bounty hunters to capture and protect Omega — reasons unknown — so her existence in the animated series suggests that trouble isn’t far away for Clone Force 99.

What were the most impactful moments in Omega’s history?

As well as discovering what she is, Omega is slowly building a life outside of Kamino. Still under the shadow of those who made her, Omega’s burgeoning connection to the members of the “Bad Batch” is how she seems to be writing her own history. The character is always one to dive into adventure, and even though this causes despair for Hunter and the gang, she is proving herself to be a valuable part of this formidable crew.

From helping in the mission on Corellia to find and secure a tactical droid to being present for the removal of the clones’ inhibitor chips on Bracca, Omega’s Star Wars story has only just begun.

What are Omega’s most defining personality traits?

Omega is sharp-minded and headstrong. Sometimes a little naïve, the character often heads into trouble with the right intentions but not the military skill to back it up. However, her way to find good in everyone as well as passing no judgments on what Clone Force 99 has had to do to stay alive makes her one of the galaxy’s warmest hearts.

Omega’s personality has been shaped by those around her. The individual members of the unique squad, all of which have their own personalities seem to have rubbed off on the young clone. It is in her difference now to when she first met Clone Force 99, that fans can get an idea of how sheltered her life was back on Kamino. Much like how Grogu was in hiding for so long in The Mandalorian, Omega’s entry into the big wide galaxy is a point of much character exploration.

From the “Bad Batch”, she learned about teamwork and survival, and even from characters like Cid (Rhea Perlman) has Omega developed new traits — for this example, it seems Cid’s abrupt nature and aloofness has given Omega some new street smarts if her dejarik winning streak is anything to go by.

How do Omega’s personality traits shape her role in Clone Force 99?

While Omega is the one Clone Force 99 protects most of the time, her calmness and quality to not see everything from a military perspective has aided the group on many occasions. Her competitive kinship with Rafa and Trace Martez on Corellia helped bring the sisters and the “Bad Batch” together to battle the army of police droids.

Omega’s caring nature and inability to leave those she loves also highlight how the young clone is adding something new to the squad. Even after Wrecker set out to kill her after his inhibitor chip activated, Omega stayed by his side following the chip removal surgery and wouldn’t rest until her squadmate woke up.

What are Omega’s skills?

Omega has learned much since joining Clone Force 99. On Bracca, Wrecker taught her how to disarm explosives while on Ord Mantell, she acquired a Zygerrian energy bow. Although at first a novice in combat, Omega has quickly learned new skills in order to survive the attacks of Crosshair and the Galactic Empire as well as the relentless confrontations with the galaxy’s most nefarious bounty hunters.

What are Omega’s weapons of choice?

Omega picked up her energy bow on Ord Mantell and has become an adept user at handling the weapon, although she still needs much practice to use it confidently. As StarWars.com describes:

Firing sizzling laser bolts instead of arrows, a Zygerrian energy bow is a formidable weapon in a firefight if you have a sharp eye and strong arms to lend the weapon unwavering accuracy.

How does Omega use her skills as part of the “Bad Batch”?

It is perhaps the mystery surrounding the possibility of Omega being Force-sensitive that is most interesting in her skillset. Some might say it’s beginners luck or youthful charm, but the way she successfully aimed, possibly the first weapon she has ever wielded, in the premiere episode or managed to win numerous back-to-back games of dejarik, alludes to the fact that Omega may not be any regular clone.

Whether she is connected to the Force or not, Omega’s skills at negotiating with her team members and other allies, as well as her ability to quickly pick up military talents make her more than suitable to take up the opening Crosshair left in Clone Force 99 and become one of the new rebels of the galaxy.

With more yet to discover, Omega is perhaps one of Star Wars’ most interesting new characters, and with many more upcoming projects, fans might not have to wait long for some answers.

What is your favorite thing about Omega? Let us know in the comments!

Comments Off on ‘Star Wars: The Bad Batch’ – Who Is Omega?