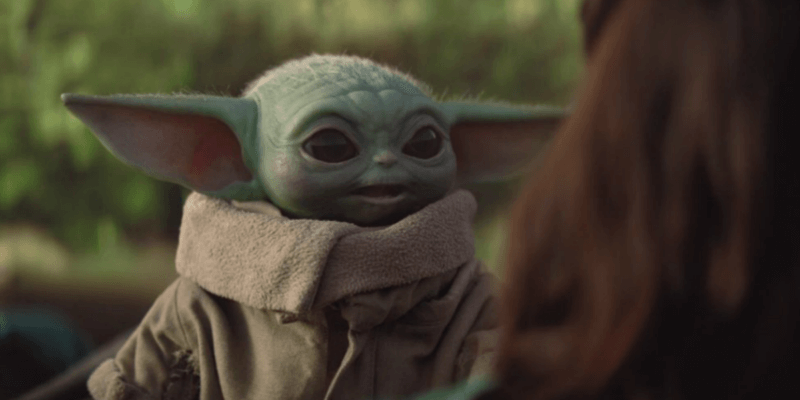 Over the weekend, it came to light that The Mandalorian Season 3 has seemingly begun production, although this news has not yet been confirmed by The Walt Disney Company or Lucasfilm.

Since we know that The Mandalorian‘s first spinoff series, The Book of Boba Fett, starring Ming-Na Wen (Fennec Shand) and Boba Fett (Temuera Morrison), has officially finished filming — and Mandalorian showrunner Jon Favreau previously confirmed The Mandalorian Season 3 would begin production soon after The Book of Boba Fett wrapped — it does seem quite likely that the third season of the hit Star Wars series is finally officially in production.

Now, a Reddit user has shared what seems to be a leaked debut date for The Mandalorian Season 3. The Redditor was seemingly looking on Edelweiss+ — a free platform that allows users to browse various publishing companies’ upcoming releases — and stumbled upon an upcoming Random House graphic novel entitled The Mandalorian: Boba Fett Returns (Star Wars).

The description of the publication reads:

The adventures of the Mandalorian, a lone gunslinger in the outer reaches of the galaxy, are now retold in the new Screen Comix format! The mysterious Mandalorian walks a thin line between right and wrong far from the authority of the New Republic in the epic addition to the Star Wars universe, now available on Disney+. This 80-paged graphic novel-style retelling features the return of the notorious Boba Fett. With final frames and dialogue from the series in vibrant full color, it will delight fans of all ages.

The Book of Boba Fett premieres on Disney+ December 2021.

Season 3 of The Mandalorian premiers on Disney+ Spring 2022.

Features photos and dialogue from the hit series.

Provided that Random House’s information is correct, this is exciting news, as many viewers expected the next season of Din Djarin’s (Pedro Pascal) adventures across the Star Wars galaxy to come much later in 2022.

At this time, Favreau and executive producer Dave Filoni have continued their famously tight-lipped production process — there’s a reason none of us had even the slightest inkling Jedi Knight Luke Skywalker (CGI Mark Hamill) was returning until The Mandalorian Season 2 finale episode –, so we know very little about what to expect moving forward.

Only leading man Pedro Pascal has been confirmed for the third season of the Star Wars show, though Katee Sackhoff (Bo-Katan Kryze) and Giancarlo Esposito (Moff Gideon) have both hinted that they will be back, as well.

This seems likely due to the fact that the Darksaber storyline has not yet been finished, and both characters play key roles in that arc.

Perhaps the biggest question at this time is when we will see Grogu (AKA “Baby Yoda”) again in the Star Wars universe. In last season’s finale episode (“Chapter 16: The Rescue:) the 50-year-old infant was spirited away by Skywalker to complete his Jedi Order training, meaning that he is no longer accompanying Djarin at all times.

With two known spinoff shows — The Book of Boba Fett and Ahsoka — in the works (Gina Carano’s Rangers of the New Republic is not in “active development”), and a rumored Luke Skywalker series coming down the pipeline, though, there is plenty of room for all of the stories The Mandalorian saga needs to tell.

Are you looking forward to The Mandalorian Season 3, perhaps sooner than expected?