'The Mandalorian's' "Next Chapter" Has Finished Filming - Inside the Magic 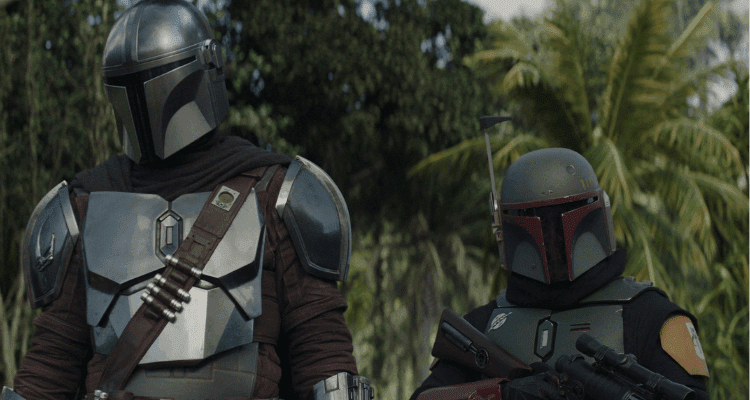 Now, Fennec Shand actress Ming-Na Wen has confirmed that the Mandalorian spinoff — which Jon Favreau has called the “next chapter” in The Mandalorian story — has wrapped filming. She posted a photo of her wrap gift on her official Twitter account. The hilarious Star Wars star wrote:

Related: ‘The Book of Boba Fett’ Is Literally a Book

So far, we don’t know too much about the show — true to form, showrunner Jon Favreau and executive producer Dave Filoni have remained tight-lipped — but the Mando post credits scene did offer some clues about what to expect when we return to Tatooine to watch Boba Fett don his famous Mandalorian armor this holiday season.

After depositing Din Djarin (Pedro Pascal) and his crew of unlikely heroes — including Cara Dune (Gina Carano), Bo-Katan Kryze (Katee Sackhoff), and Koska Reeves (Mercedes Varnado/Sasha Banks) — Fett and Shand left in Slave I and weren’t seen again until the post credits scene that took us back to a very familiar Tatooine location, Jabba the Hutt’s palace.

Shand makes quick work of Fortuna’s henchmen — and frees a slave who is shackled to the floor (a familiar sight to original trilogy fans) — but leaves Bib himself for Fett to take care of. Once the Twi’lek is unceremoniously killed, Jango Fett’s son takes the throne, signaling that he’s about to take Tatooine — and who knows where else in the galaxy — for himself.

We can safely assume that Fett and Shand will be out for blood when they return to the Star Wars universe. After all, there are a lot of people in the galaxy the bounty hunter may want to seek vengeance against, including some familiar characters like Han Solo and, maybe just maybe, Mos Pelgo Marshal Cobb Vanth.

An exact release date for The Book of Boba Fett has not been confirmed at this time. There are also no official filming dates for The Mandalorian Season 3 or spinoff Ahsoka, starring Rosario Dawson as Ahsoka Tano.

Are you excited The Book of Boba Fett has finished filming? What do you hope happens in the upcoming Boba Fett series?