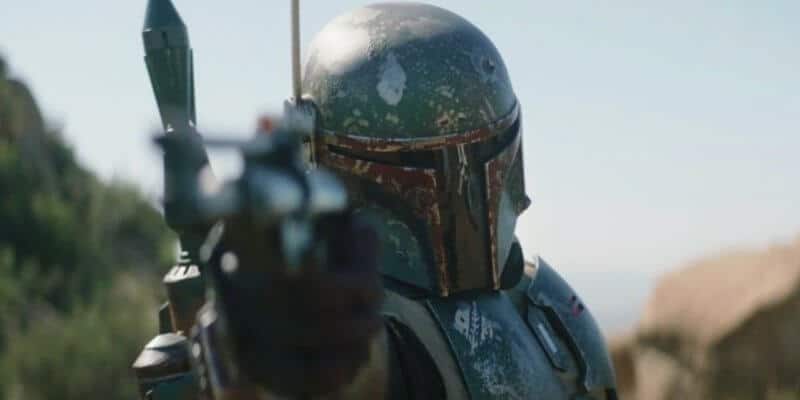 Related: If You Can Spare $225,000, You Can Own This Boba Fett Merchandise

In reality, it turns out, Boba Fett actually made one unlikely appearance even before the Star Wars Holiday Special aired. In a previous StarWars.com interview, Lucasfilm assistant film editor Duwayne Dunham shared details about the real first appearance of Boba Fett in the most unlikely of places —  a “country fair parade” in a small California town.

San Anselmo, California is located about 20 miles north of San Francisco and, in the 1970s, was home to Lucasfilm headquarters at 52 Park Way. The town’s annual Country Fair Parade seemed like the perfect opportunity to introduce the Star Wars galaxy’s new bounty hunter, at least in George Lucas’s mind.

Dunham, who was the very first person to wear Boba Fett’s armor, shared that he “wasn’t looking forward” to wearing the Mandalorian armor in the local parade, but he was the only person at Lucasfilm who was the right size for the costume.

Dunham remembered the heat of the day and how miserable Fett’s first appearance actually was for him:

“…that day in San Anselmo was really hot. It could have been 100 degrees. I think we were at the head of the parade. And Vader, he stands out. I don’t know what people thought of me. Nobody knew about Boba Fett at that point. The two of us were about to die at that point. Sweat was just pouring [Laughs]. I remember telling [producer] Gary Kurtz: “Gary, I gotta get out of this suit or I’m going to pass out!” We were drenched.”

Dunham even recalled a few hilarious moments from Boba Fett’s first appearance, noting that, at the time, he didn’t even know how the brand new character’s name was spelled. He said, “We signed autographs. I remember trying to shout through that mask [at Gary Kurtz], “Is it one T or two Ts?” And him saying ‘I think it’s two!'”

Then, in an ironic foreshadowing of what is currently happening in Jon Favreau and Dave Filoni’s Mandalorian saga on Disney+, Dunham discussed the cult popularity of Boba Fett:

“Everybody had high, high hopes because Boba was such a cool-looking costume. Outside of Vader, it was the best…when he got painted…it was so cool…I was around George all the time and would hear all the conversations [so] I was looking for another character kind of on the level of Han Solo [Harrison Ford]…it just didn’t pan out as George had imagined, and then came Jedi, it was “throw him in the Sarlaac pit!” We kinda mounted a protest saying “You can’t do that to Boba Fett! He’s deserving of more!” But they threw him in…and as you know, fans have never let him die.”

The Book of Boba Fett

Ever since Fett — now played by Temuera Morrison — proved he did survive the Sarlacc pit and made his triumphant return in The Mandalorian Season 2, fans have wanted more. Finally, Jango Fett’s son and his famous beskar armor are getting their just due in the Star Wars franchise.

Related: Are You Ready For More of Timothy Olyphant’s Marshal Cobb Vanth? We May See Him This Year

The Star Wars fan community got its wish during the post-credits scene in The Mandalorian Season 2 finale episode — a spinoff series, The Book of Boba Fett, was confirmed. Later, Mandalorian showrunner Jon Favreau confirmed the show will be the “next chapter” in the Mandalorian story, commencing in December 2021.

At this time, little is known about the show except that it will take place on Tatooine — presumably with Fett and Fennec Shand (Ming-Na Wen) operating out of Jabba the Hutt’s former palace.

There are rumors of other bounty hunter cameos, including the possible live-action debut of Star Wars: The Clone Wars fan-favorite, Cad Bane.

Who knows? We might even be lucky enough to see the return of Han Solo.

Did you know Boba Fett’s first appearance was actually prior to the much-maligned Holiday Special?

This new Boba Fett series will serve as supplemental material to The Mandalorian Season 3 and two interconnected spinoff shows, Ahsoka and Rangers of the New Republic. Bounty hunter Din Djarin (Pedro Pascal) and Grogu (AKA Baby Yoda) are both expected to return in this new “trilogy” of Star Wars series.