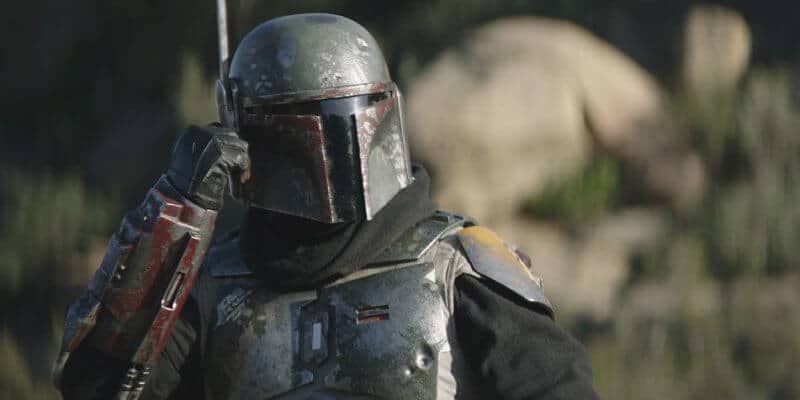 If you’re even slightly familiar with the Star Wars saga, you’re probably already aware of the fact that there are canon tales and, then, there are Star Wars Legends stories that include a variety of characters who haven’t yet made their way into the existing canon repertoire.

One Legends, or Star Wars Expanded Universe, if you prefer, character who was already introduced into canon, by way of animated series Star Wars Rebels, is Grand Admiral Thrawn (voiced by Lars Mikkelsen). Thrawn — who was mentioned by Morgan Elsbeth (Diana Lee Inosanto) in The Mandalorian Season 2, Episode 5 (“Chapter 13: The Jedi”) — is expected to play a major role in The Mandalorian saga moving forward.

He will likely serve as the primary antagonist in Mandalorian spinoff, Ahsoka, which will feature Rosario Dawson reprising her live-action role as Star Wars Rebels and Star Wars: The Clone Wars fan-favorite, Jedi Ahsoka Tano, who was Anakin Skywalker’s Padawan.

Another character from the Expanded Universe Thrawn Trilogy novels by Timothy Zahn could also show-up in The Mandalorian or a spinoff soon. Rumors have been swirling that fan-favorite Mara Jade, who becomes Luke Skywalker’s wife, could appear to help train Grogu — Din Djarin’s (Pedro Pascal) Force-sensitive foundling left with the iconic Jedi Knight at the end of The Mandalorian Season 2 finale episode (“Chapter 16: The Rescue”).

Following that shocking scene, which featured a cameo appearance by a CGI de-aged Mark Hamill, Jon Favreau and Dave Filoni still had one more surprise up their sleeves.

Now, fans are wondering if the spinoff series, which is set to debut in December 2021 according to showrunner Jon Favreau, will showcase another Star Wars Legends character.

Deep in the depths of the Star Wars non-canon Legends tales is the story of AILYN VEL, the daughter of a single mother who hated her father for walking out on them and decided to dedicate her life to hunting him down and killing him, becoming a top-tier bounty hunter along the way. Sounds like a great Star Wars story, right? What makes it better is that her father is none other than Boba Fett.

In the Expanded Universe, Fett attempted to begin a normal life on Concord Dawn, where he married fellow bounty hunter Sintas Vel and brought Ailyn into the galaxy. As the story goes, Fett didn’t really run away from his wife and daughter, but was, instead, exiled for murdering an officer who attacked Sintas.

Ailyn, however, was unaware of this fact and ultimately ended-up killing another bounty hunter wearing Mandalorian armor who was not her father. The idea of flipping the script and bringing her into canon via The Book of Boba Fett is certainly an interesting one.

It would imply, of course, that Ailyn ultimately succeeded in her quest to find Fett — something that did not occur in Star Wars Legends. Furthermore, the timeline works out to allow Ailyn to potentially make a canon appearance in The Mandalorian saga.

Ailyn was born in approximately 15 BBY, which would make her about 25-years-old during The Book of Boba Fett.

As Favreau and Filoni continue expanding their corner of the Star Wars universe through the main series’ The Mandalorian, Ahsoka, Rangers of the New Republic, and The Book of Boba Fett, it will be interesting to see how many Star Wars Expanded Universe tales ultimately become canon.

Plus, just imagine a scene featuring Boba Fett’s daughter and a young Han Solo at Tatooine’s Mos Eisley cantina. Stranger things have happened — like Fett surviving the original trilogy Return of the Jedi (1983) Sarlacc pit in the first place.

What do you think? Could Ailyn Vel show up in The Book of Boba Fett? Stay tuned to Inside the Magic of all things Mandalorian Season 3 and Star Wars.