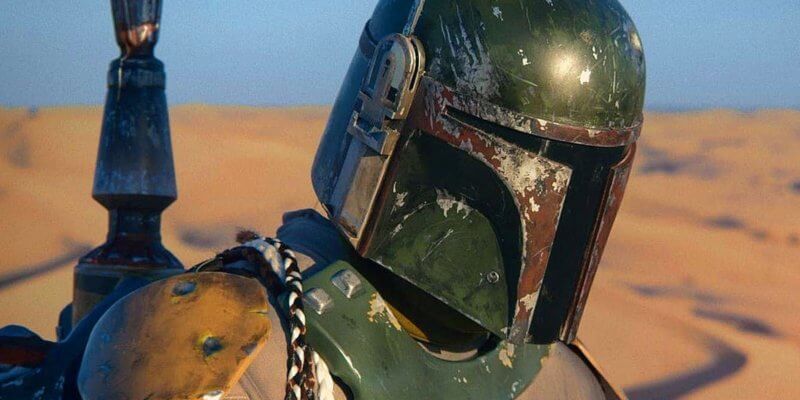 When George Lucas created the Star Wars universe, to say it underwent a lot of changes in its early days would be an understatement. For starters, the original title of the movie we now know as Star Wars: Episode IV – A New Hope (1977) was Adventures of Luke Starkiller, as taken from the Journal of the Whills, Saga I: The Star Wars.

Then, “Luke Starkiller” was (mercifully) renamed Luke Skywalker, Harrison Ford was accidentally cast as Han Solo, and Lucas made the risky decision to cast relative unknowns as both Luke (Mark Hamill) and Princess Leia (Carrie Fisher).

As it turns out, iconic villain Darth Vader (David Prowse/James Earl Jones), also went through his fair share of alterations until he became the tyrannical Sith Lord Star Wars fans first met in the original trilogy.

The upcoming Titan Comics’ Star Wars: The Empire Strikes Back 40th Anniversary Special reveals details about the creation and character development of fan-favorite bounty hunter Boba Fett, and he’s even more connected to the Dark Lord than any of us might have imagined.

CBR shared some surprising details about Fett from the Star Wars creator himself:

“There were quite a few films made about bounty hunters in the Old West,” said George Lucas, “that’s where that came from. When I was writing the early scripts for Star Wars, I wanted to develop an essentially evil character that was frightening. Darth Vader started as a kind of intergalactic bounty hunter in a space suit and evolved into a more grotesque knight as I got more into knights and the codes of everything. He became more of a Dark Lord than a mercenary bounty hunter. The Boba Fett character is really an early version of Darth Vader. He is also very much like the man-with-no name from the Sergio Leone Westerns.”

Related: ‘The Mandalorian’: Five Movies that Inspired the Disney+ Series

It’s hard to imagine Darth Vader as anything other than the character we know today, but it’s certainly fascinating to get Lucas’s take on how both Vader and Fett — and his legendary Mandalorian armor — came to be in the early days of the Star Wars galaxy.

What’s next for Boba Fett and Darth Vader?

Fortunately for Star Wars fans, both Anakin Skywalker/Darth Vader and Boba Fett will be returning to the Star Wars franchise in the very near future.

The beskar-clad bounty hunter — played by the late Jeremy Bulloch in the original trilogy and Jango Fett actor Temuera Morrison now — made his triumphant return to the Star Wars story in The Mandalorian Season 2.

Fans couldn’t get enough of Morrison’s Fett, hailing him as the version of the character they’d waited 40 years to see. Mandalorian showrunner Jon Favreau and executive producer Dave Filoni heeded fans’ calls and gave them much more Boba Fett with a full Boba Fett series.

Presumably, the Boba Fett spinoff will feature characters who have not yet been seen in The Mandalorian — we’re gunning for Han Solo in the Mos Eisley cantina — though it’s possible that familiar faces like Moff Gideon (Giancarlo Esposito) and Cobb Vanth (Timothy Olyphant) could show up as well.

Favreau has called the show “the next chapter” in The Mandalorian saga, but has not confirmed if title character Din Djarin (Pedro Pascal) will once again appear on Tatooine — or if we’ll see the infamous Sarlacc pit…

As for Vader, actor Hayden Christensen is set to reprise his prequel trilogy role in the upcoming Obi-Wan Kenobi series. He will join Ewan McGregor, who will once again play the iconic title Jedi Master.

Directed by The Mandalorian‘s Deborah Chow, Obi-Wan Kenobi will take place approximately 10 years after the events of Star Wars: Episode III – Revenge of the Sith (2005). It will detail Kenobi’s exile on Tatooine following the execution of Emperor Palpatine’s Order 66 — and, it just might give us an inside look at Luke Skywalker’s childhood on the Lars homestead…

What do you think about the fact that Darth Vader was originally supposed to be a Boba Fett-like bounty hunter?

Comments Off on Lucas: Boba Fett Is “an Early Version of Darth Vader”