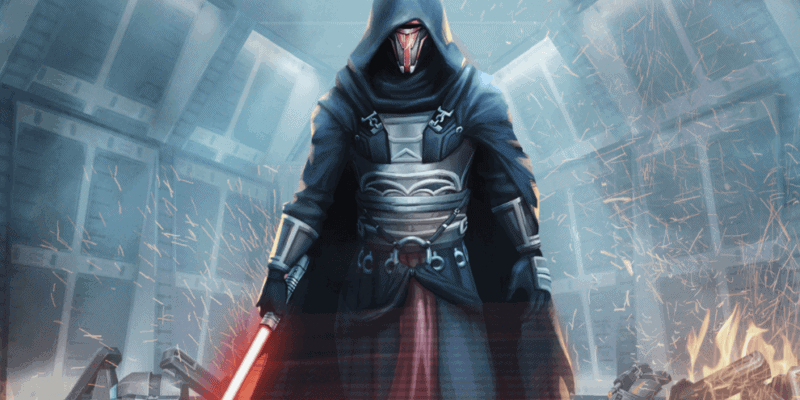 Long before Star Wars: Episode II – Attack of the Clones (2002) introduced Jango Fett as the template for the Clone Army of the Republic and the Star Wars canon showcased bounty hunter Boba Fett in Star Wars: Episode V – The Empire Strikes Back (1980), Clan Fett still played a prominent role in a galaxy far, far away — at least in the non-canonical Star Wars Legends.

Mandalorian Field Marshal Cassus Fett lived during the Mandalorian Wars and is, perhaps, best known in the Star Wars universe for his attack on the planet Cathar in 3976 BBY. His assault decimated the lifeforms on the planet, which was known for its massive beetle-like predators.

Cassus Fett was almost unrivaled in his knowledge of tactics and held a reputation as a master of command. A methodical man, he was the architect of many of Mandalore’s victories in the war, and by the time of the invasion of Taris he held the position of Field Marshal. He was knowledgeable in a number of languages, including High Galactic and Mando’a. Fett’s influence extended throughout Mandalorian affairs, reshaping their entire culture.

If you’re a fan of the classic Bioware video game, Star Wars: Knights of the Old Republic, you might have done a double-take at the Mandalorian beskar mask seen above — it looks identical to the mask worn by fan-favorite Sith Lord Darth Revan in the Star Wars video game series.

In reality, the mask isn’t just identical, it’s the helmet. So, how did a ruthless Sith Lord come to own the Mandalorian armor that belonged to Boba Fett’s ancestor? CBR perfectly clarified the situation, which is explored in Dark Horse Comics’ Knights of the Old Republic #42 by John Jackson Miller, Ron Chan, and Michael Atiyeh:

…a Mandalorian woman on Cathar during the Mandalorian Wars…took part in the Battle of Cathar under Cassus Fett. The woman knew that Fett was going to commit genocide on the Cathar people and tried to convince Fett to spare them. However, Fett’s mind was made up and he slaughtered the woman along with the Cathar people.

Ten years later, Revan, his friend Malak and their faction of Jedi were on Cathar looking for evidence of the atrocity committed by the Mandalorians. Revan discovered the mask and when the light shone on it all the Jedi present shared a vision of the atrocity. After seeing what happened ten years earlier, Revan donned the mask in honor of the Mandalorian woman who had tried to defend the Cathar people. Revan vowed not to remove the mask until he had defeated the Mandalorians and brought them to justice.

It is imperative to note that Revan, much like Anakin Skywalker/Darth Vader, was first a Jedi Knight before he, alongside Darth Malak, fell to the dark side of the Force and turned their loyalty from the Jedi Order to the Sith Empire. Even after becoming Darth Revan, the popular character continued wearing the mask. Since very few beings knew what the feared Sith Lord really looked like, his helmet — again, much like Vader’s helmet — became synonymous with terrorizing the galaxy.

Could Darth Revan ever appear in Star Wars live-action?

From a technical standpoint, Revan has already been introduced into the existing Star Wars canon thanks to Star Wars: Episode IX – The Rise of Skywalker (2019).

You might have noticed that Wookieepedia uses the word “reestablished.” This is because Revan was actually slated to appear canonically in Star Wars nearly a decade prior to The Rise of Skywalker.

He was written into a 2011 episode of Dave Filoni’s animated series Star Wars: The Clone Wars (Season 3, “Ghosts of Mortis”). The scene featuring the fan-favorite Sith character, however, did not make the final cut of the episode:

“One of the very interesting things about the final episode of Mortis, that I know fans would have found very interesting, was that George [George Lucas] was looking for two ancient Sith Lords that could bring some meaning that would be kind of like an uber evil influence guiding the Son… and this was Darth Bane and Darth Revan, both of who existed in the EU.”

As it stands, there are no confirmed plans to bring Darth Revan into a live-action Star Wars movie or series at this time. This is in spite of the fact that rumors of an Old Republic trilogy have existed since 2019.

Many have noted that actor Keanu Reeves would make an incredible Revan. Perhaps, as fans’ call for more Old Republic content grows stronger, the powers-that-be at Lucasfilm will finally delve into this ancient era in the galaxy — or, at the very least, add Revan’s lightsaber to the Legacy Lightsaber collection at Star Wars: Galaxy’s Edge.

What do you think? Would you like to see more of the connection between Clan Fett and Revan in Star Wars canon materials?