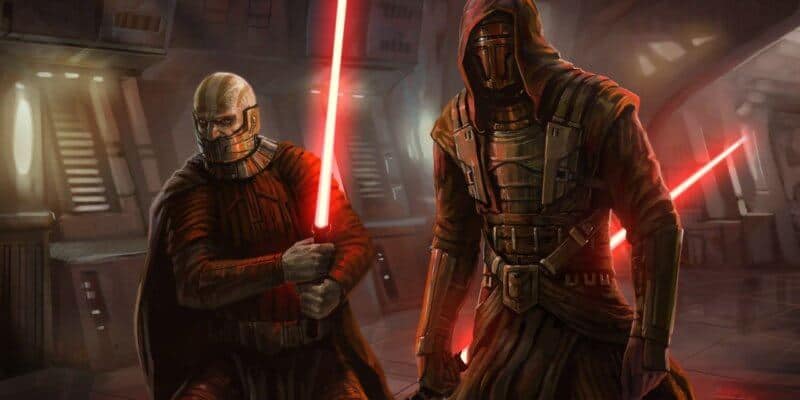 A “Star Wars” film based on BioWare’s Knights of the Old Republic is reported to be in the works at Disney and it’s been rumored that it could be the first of a new trilogy.

According to Buzzfeed News, this information comes from three sources that are close to the project, who also claim it’s being written by Laeta Kalogridis, known for writing “Shutter Island” and acting as executive producer on “Avatar.” Kalogridis’ most recent project was “Alita: Battle Angel,” which she served as co-screenwriter.

Reportedly, Kalogridis was hired to develop the script in Spring 2018, and is allegedly close to finishing the first script of a potential KOTOR trilogy. Buzzfeed’s report names Bastila Shan, Darth Malak, and Darth Revan as potential characters to be featured in the film.

IGN reports that during Star Wars Celebration back in April, Lucasfilm president Kathleen Kennedy confirmed the studio is developing something relating to KOTOR saying “Yes, we are developing something to look at. Right now I have no idea where things might fall, but we have to be careful that there is a cadence to Star Wars that doesn’t start to feel like too much.”

Back in April, we reported that Lucasfilm was in the process of developing something Knights of the Old Republic-related. However, at the time it wasn’t known if it would be a TV show, video game or movie.

“Knights of the Old Republic” was released in 2003 and was set about 4,000 years before the rise of the Galactic Empire, which occurred in “Star Wars: Revenge of the Sith.” Its plot involved Darth Malak, a Dark Lord of the Sith and former apprentice to Darth Revan.

The next trilogy of Star Wars films coming past “Star Wars: The Rise of Skywalker” are to be in the works by “Game of Thrones” creators David Benioff and D.B. Weiss. However, it’s unclear if their project would be the supposed “Knights of the Old Republic” film and possible trilogy.

What are your thoughts on a possible “Star Wars” movie based on the Knights of the Old Republic? Let us know in the comments below!

Comments Off on “Star Wars” movie based on Knights of the Old Republic, new trilogy reported in the works