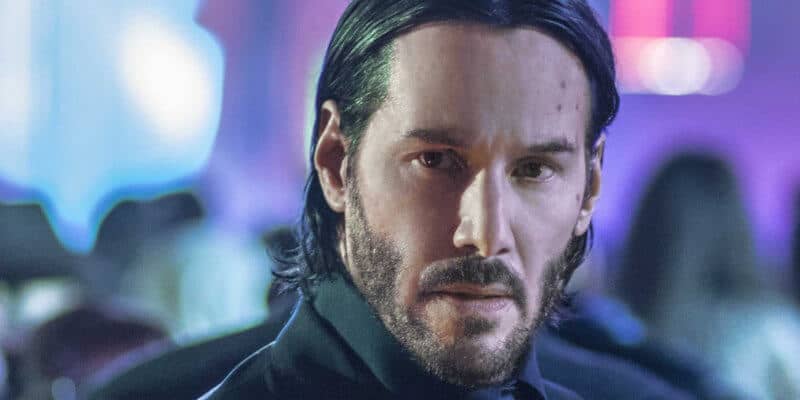 If you’ve spent any time at all exploring the Star Wars universe, you know that Star Wars canon materials and Star Wars Legends are not one and the same. However, from time to time, characters and events cross from Legends into canon and vice versa.

One such character is Darth Revan, a Sith Lord who is most famous for his appearance in the 2003 BioWare and LucasArts Star Wars: Knights of the Old Republic video game, which is part of Legends. However, thanks to Star Wars: Episode IX – The Rise of Skywalker (2019), Revan was brought into the current canon.

As an aside, Hidalgo has recently faced dark side-worthy controversy of his own after mocking a Star Wars YouTube account on social media following the Season 2 finale episode (“Chapter 16: The Rescue”) of Jon Favreau and Dave Filoni’s The Mandalorian.

Back to Darth Revan, also noted is the fact that Revan was actually slated to appear in Star Wars canon much earlier than The Rise of Skywalker, in a 2011 episode of another Dave Filoni show, animated series Star Wars: The Clone Wars (Season 3, “Ghosts of Mortis”). The scene featuring the fan-favorite Sith character, however, was ultimately deleted:

“One of the very interesting things about the final episode of Mortis, that I know fans would have found very interesting, was that George was looking for two ancient Sith Lords that could bring some meaning that would be kind of like an uber evil influence guiding the Son… and this was Darth Bane and Darth Revan, both of who existed in the EU.”

Fans have long wanted Darth Revan — whose fascinating story sees him begin as a Jedi Knight — to appear in live-action in the Star Wars body of work. Now, talented artist Yadvnder Singh Rana has created a rendering of what A-list actor Keanu Reeves would look like as Revan and the result is nothing short of incredible.

There have been rumors and speculations about the next series of movies being developed by Disney for the Star Wars franchise.

And Keanu Reeves is being eyed to play the role of an Ancient Sith Emperor (most probably Darth Vitiate), who first mastered the ability to transfer Spirit of a person by the manipulation of midi-chlorians through the force.

Now, we all can agree that Keanu Reeves is better suited for the the role of Darth Revan, an Ancient Jedi/Sith lord from the Old republic era. But there hasn’t been any news on the subject of Disney using the Old republic storyline. That being said, here is a split variant of Keanu Reeves as Revan with both of his sides [Jedi and Sith].

Eventually, though, he fell to the dark side and waged a terrible campaign against the Republic. After being captured by the Jedi, Revan’s mind was wiped, giving him a chance at redemption by once again fighting on the side of good. He is one of the most important and beloved characters in the Old Republic mythos…

Due to Revan’s popularity, many fans have long hoped for him to return to the new Star Wars canon in a significant way…It’s another strong case for Disney to bite the bullet and bring Revan to their rapidly-expanding Star Wars universe…

…Set thousands of years before The Phantom Menace, the Old Republic covers events like the Mandalorian Wars and various Sith Empires’ rise and fall, including Revan’s.

Given the recent popularity of Din Djarin (Pedro Pascal) and the rest of The Mandalorian cast, a look at the Mandalorian War era and ancient Mandalore is likely to resonate more with Star Wars fans now than it ever would have previously — this is particularly true for casual fans.

If Lucasfilm ever releases official concept art related to an Old Republic project, fans are sure to go wild over the lightsaber designs and introduction of new Star Wars knights to the expanded universe. Only time will tell if this happens, of course, but it is an unexplored era with great potential moving forward — especially if Hollywood A-listers like Reeves were to get involved.

Although there is no current confirmation that Disney and Lucasfilm are planning any movies or series set during the Old Republic era, never say never moving forward. With 11 Disney+ Star Wars series and at least three movies coming down the pipeline, there is certainly room to expand our favorite galaxy far, far away in ways we’ve never before dared to imagine — including, perhaps, the involvement of Keanu Reeves as Darth Revan.

What is Keanu Reeves up to?

Reeves was also considered for other roles under the Disney banner, including Yon-Rogg (Jude Law) in Marvel Studios’ Captain Marvel (2019) and Wolverine in X-Men (2000). He was unable to do either of these films due to scheduling conflicts.

However, there is certainly a precedent for the actor to do Disney movies and the idea of working with Lucasfilm for the first time could be enticing to an action star who has a host of other incredible projects — Bill & Ted movie franchise, including Bill & Ted’s Excellent Adventure (1989–1991), Point Break (1991), Speed (1994), Chain Reaction (1996), The Matrix franchise (1999–2003), and the ongoing John Wick franchise — under his belt.

Oddly enough, thanks to Speed, Reeves has recently developed an odd connection to Star Wars next movie director, Patty Jenkins — Star Wars: Rogue Squadron is set for a 2023 release.

On Christmas Day, Jenkins’s latest film, Wonder Woman 1984, released and Reeves fans immediately noticed that one of the chase scenes in the action movie looks remarkably similar to a scene in the 1994 classic.

Outside of spending time with girlfriend Alexandra Grant, Reeves has been busy filming one Hollywood movie after another. As per Reeves’s IMDb page, he currently has six movies — including playing the title character in John Wick 4 and John Wick 5, and reprising as Neo in The Matrix 4 — in the works.

This could actually work to his advantage in regard to playing Darth Revan since it isn’t likely that Lucasfilm will look to expand into the Old Republic age in a meaningful way for at least a few years. Reeves’ performance in prior films has undoubtedly prepared him for a role in a galaxy far, far away and we would love to see him try his hand at a role.