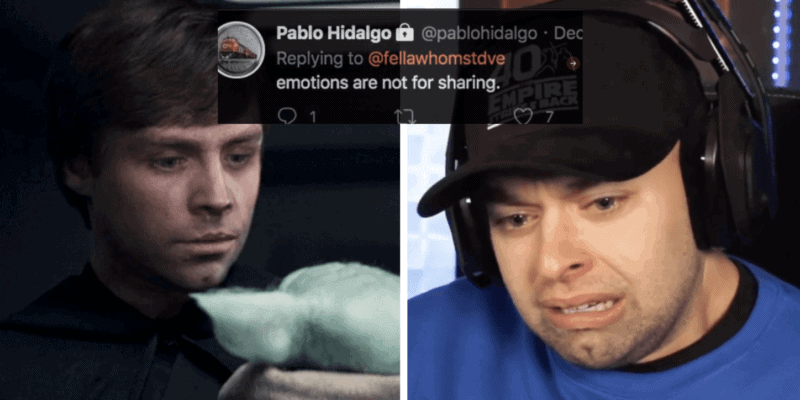 The Mandalorian has done something that arguably hasn’t happened in the Star Wars universe since The Walt Disney Company purchased Lucasfilm from George Lucas in 2012 — it’s gotten fans excited about a galaxy far, far away again.

The authentic storytelling and character-driven episodes have given Star Wars fans something to look forward to, and dozens of potential storylines to ponder, with at least three sequels — Ahsoka, Rangers of the New Republic, and The Book of Boba Fett — on the way. The Mandalorian has become the center of the Star Wars universe — and many believe that’s a very good thing.

The Jon Favreau and Dave Filoni series has also managed to surprise the fan community in all of the best ways, first with the sheer existence of Grogu (AKA The Child AKA Baby Yoda) in Season 1 and more recently, in The Mandalorian Season 2 finale, with the re-appearance of Luke Skywalker — voiced by original actor Mark Hamill and computer de-aged to look like he did during the Star Wars: Episode VI – The Return of the Jedi (1983) era.

The host of the popular Star Wars Theory YouTube channel was one of these fans. After sharing his emotional reaction to Hamill’s appearance as Skywalker, however, Lucasfilm creative executive Pablo Hidalgo replied to the Star Wars Theory Twitter account, writing, “Emotions are not for sharing.”

Although Hidalgo has since deleted the post and changed his profile to private, Star Wars Theory has shared screenshots of the occurrence and fellow fans are not happy. Star Wars Theory posted:

Pablo chimes in to make fun. Deletes the tweet. Then puts one of them as his header. How is this acceptable from someone so high up at Lucasfilm? You’re telling people it’s not ok to have emotions about the work your company produces, and you make fun of them for crying? Not ok.

Pablo chimes in to make fun. Deletes the tweet. Then puts one of them as his header. How is this acceptable from someone so high up at Lucasfilm? You're telling people it's not ok to have emotions about the work your company produces, and you make fun of them for crying? Not ok. pic.twitter.com/aIfU2SigIy

@Lucasfilm_Ltd ay I better see yall do something ab this

@Lucasfilm_Ltd Is this how your employees treat other Star Wars fans?

@Lucasfilm_Ltd Is this how your employees treat other Star Wars fans?

Dude, I just read some of those awful replies to the main thread. I can’t express enough how sorry I am for you. F***, man. People are cruel. So cruel. Don’t let them change you. There’s nothing wrong with the way you reacted. Pls, pls know your true fans love you for being you

Dude, I just read some of those awful replies to the main thread. I can't express enough how sorry I am for you. Fuck, man. People are cruel. So cruel.

Don't let them change you. There's nothing wrong with the way you reacted. Pls, pls know your true fans love you for being you

Clearly, fans would like to see Lucasfilm take action against Hidalgo for how he treated this fan on the web. Lucasfilm has not yet responded to the situation in an official capacity.

For Hidalgo’s part, Variety reports he issued an apology approximately 20 hours after his initial Tweet, writing:

I wish to clarify that my post that “emotions are not to be shared” was sarcastic self-mockery and was certainly not intended to be hurtful to anyone and I’m deeply sorry that it was. As a lifelong fan, I appreciate fans expressing how they feel – it’s what being a fan is about!

Hidalgo follower BoomStick summed up what most commenters seemed to be feeling — that a higher-up at Lucasfilm prompted the apology since it took nearly 24 hours to be written:

This might have been any messure [sic: measure] of convincing if it had been said 12 hours. I’m guessing a bigger fish made you feel the branch shake.

This might have been any messure of convincing if it had been said 12 hours. I'm guessing a bigger fish made you feel the branch shake.

All of this, however, is actually secondary to the main issue, which is that Mandalorian showrunner Jon Favreau and executive producer Dave Filoni are ushering in an era of Star Wars that fans are excited to be a part of — and many believe that needs to continue without fans being concerned they can’t express emotion without someone from the studio being unsupportive.

If Lucasfilm is to maintain the positive trajectory that has begun with The Mandalorian’s first two seasons — a third upcoming season has also been confirmed, without a definite release date — some changes may need to be made, starting at the top.

Many have wondered if current Lucasfilm President Kathleen Kennedy will maintain her position when her contract expires in 2021 and some have even called for the lightsaber, if you will, to be passed to Favreau himself (though whether or not he would want the job is another situation entirely) to continue the Star Wars story.

Stay tuned to Inside the Magic for all of the latest details about the Star Wars franchise, including the potential for a turn to the dark side of the Force, such as the rumored Order 66 movie and Darth Plagueis series on Disney+, and the confirmed return of Darth Vader (Hayden Christensen) in the upcoming OBI-WAN KENOBI: An Original Series.

Visit the Star Wars Theory YouTube channel here and tell us what you think about the entire Pablo Hidalgo situation in the comments.