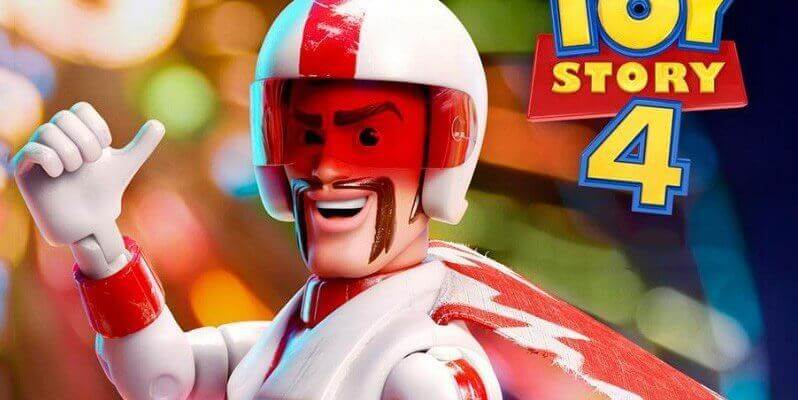 September 2nd is actor Keanu Reeves birthday, voice of the beloved Toy Story 4 character Duke Caboom. We would like to wish a Happy Birthday to both Keanu and Duke, and thank Keanu for bringing to life such a beloved character!

Who is Duke Caboom?

Duke Caboom is a new character created for the latest Toy Story movie, Toy Story 4.  Duke is a Canadian stuntman toy who rides a motorcycle, which on its own could have been very funny in the movie. But Keanu had bigger plans, as a Canadian action star he didnt want his Duke Caboom character to just be the punchline. A report from USA Today shows us how Keanu’s dedication to his craft helped elevate this side character:

For example, Reeves wanted to know: What drives Duke Caboom? What is the toy afraid of?

“Not at first,” he said. “He hadn’t said yes to the role yet, either, so it was kind of a test. It really did force us to dig deeper into this character that we thought was more of a gag.”

The probing questions were effective.

“It became a well-rounded, real character because of that,” Cooley said.

Clearly Keanu saw Duke Caboom as an oportunity to make people laugh, and perhaps poke fun at the steryotpical action star persona. In the Blu-Ray/DVD extras for Toy Story 4 Keanu is quoted as saying,

“I don’t know what it was but I instantly connected to Duke,” he said. “Even when he’s talking to you he’s doing stunts. He can’t help himself.”

Even though he was not the star of the movie, Duke Caboom instantly became a fan favorite for those who watched Toy Story 4. His “Oh Yeah!” catchphrase and constant stuntman poses got big laughs and smiles from fans. You can even purchase a Duke Caboom toy that is identical to the one from the movie! Between Duke Caboom, Forky and all of the other memorable new characters that joined the cast of Toy Story 4, we are sad that it is the last movie for the fanchiese.

Related: OpED: Forky Gave Me a Change of Heart About “Toy Story 4”

Who is your favorite character in Toy Story 4? Let us know in the comments!