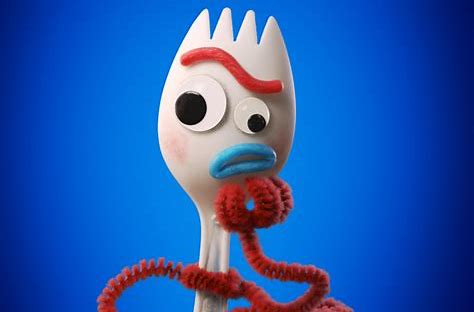 I’ve got two Woody-and-Buzz-themed backpacks that I bring along (for my husband to carry) when we are at the parks at Disney World. I have an entire lanyard of hard-to-find and collectible Toy Story-inspired trading pins, a myriad of Woody and Buzz t-shirts (some custom, some from Target) and the cutest custom Toy Story and Buzz Lightyear ears. Even an obnoxiously cute pair of knee socks covered in Little Green Alien Men. I never tire of watching Toy Story 1, 2 or 3 but don’t watch it with me because I know all the lines. (Yep, I’m that girl.)

Three times a year, as part of the ceremonious pilgrimage I make to the parks at Disney World (don’t judge;  I live in Texas, y’all), I make a point to say hello to Woody and Buzz inside Toy Story Land. (I’m not a Jessie or Bo fan. Sorry, not sorry.)

And when I first heard that the kindly and generous Imagineers were endeavoring to design and construct that happy land, I think I remember getting a bit misty-eyed. I literally planned our summer trip to the parks for mid-June through early July in 2018, just so I could be in the idiotic lines that flowed throughout Hollywood Studios on June 30 of that year when the magical, beloved Toy Story Land opened. (And the lines were indeed idiotic.)

So now that I’ve (hopefully) proven my Toy Story fandom to you, can I let you in on a secret? I can’t stand Toy Story 4. I saw it once in the theater in Orlando when it first hit the box office, and once was too many times.

Yes, I know it has been nominated for several glamorous and glorious awards.

But the film is terrible. It’s awful. I sat in the theater and bawled my eyes out at the end of the film. (That’s not the way it’s supposed to close.) But I was sad all the way through the movie–from the opening scene that teased us with a counterfeit version of Andy and tricked us into thinking back over that Toy Story nostalgia, all the way to the end when they ripped our hearts out as we mourned not only the parting of ways between two friends, but also the treachery being played out before us as (apparently) new writers created a scenario in which our beloved Woody would never have participated.

Poor Woody. At the mercy of those terrible writers. What was he to do?

And Forky. I have no words except to say that every scene with Forky was another “what the heck?” moment for me. I mean, really? Really Pixar? A spork? Was the vending machine of ideas at Pixar out of creative juices? (I guess I do have words.)

And you have to understand how much I love Pixar and how blasphemous it sounds to my ears when anyone throws them under the bus. They never produce junk (I gave them a pass a long time ago for The Good Dinosaur and we won’t speak of it anymore.) It’s always one masterpiece after another, which left me wondering if all the stellar and talented directors and writers at Pixar were abducted by aliens and replaced with more aliens taking on the Pixar peeps’ human forms. Maybe it was aliens. Maybe they wrote this awful story. Well, it would be in keeping with the Toy Story theme anyway. It’s quasi-plausible.

But alas, I didn’t have director Josh Cooley’s number in my phone, so. . .

But I might consider issuing another pass to the Pixar Powerhouse, not for the movie itself (such an atrocity is largely unforgivable) but for the kooky, out-of-place character named Forky. The creative imagination of director Josh Cooley’s pre-school-aged son might just have converted me on at least that terrible piece of the sad puzzle that is Toy Story 4.

Cooley says that one day before the fourth installment was too far along its doomed production process, he and his four-year-old son began talking about the Toy Story films and more specifically, what exactly makes something a toy.

“Anything a kid plays with comes to life, so we started questioning what constitutes a toy. What is a toy?” Cooley explains.

He says the conversation played out for a while, leading them to discuss what might happen if Bonnie were to make a toy.

“What would that be like?” Cooley says he and his son pondered this question for some time. “What made me laugh was thinking about something coming to life that had no idea what was going on.” (Sounds like the entire premise for Forky Asks a Question.)

Cooley says the conversation continued, and the more he thought of this oddball new “toy,” the more he realized that the toy’s lack of understanding would serve as the perfect stage from which Woody could explain what it means to be a toy. “I was just thrilled that it was such a bizarre idea.”

I’ll say it was bizarre. Who ever heard of a plastic utensil being a toy? Pixar usually uses copious amounts of realism and facts within their films. (Nevermind that septopus in Finding Dory–I gave them a pass on that one too.) It just didn’t gel with me. Not to sound dark and macabre, but the truth is that plastic utensils live very short lives. That’s why they’re plastic. No wonder the poor thing thought he was trash for so long.

But Cooley’s story of Forky’s birth began to change my opinion–at least about a silly spork being a toy. “I took a picture of the [spork] character home and said, ‘What do you think this guy’s name is?'” to which his son adorably replied, “Forkface!” And in that moment, Cooley must have realized that a plastic utensil/toy had to be a part of the new installment because he took his son’s inspiration back to the office, its name became “Forky” instead of “Forkface,” and the rest is animation history. Well played, Cooley.

I’m truly glad someone finally explained Forky, how he came to be, and why he was such an important part of Toy Story 4.

But my conversion was not complete, and I still detest the movie. How the heck can you begin the film by telling Forky that he belongs with Bonnie’s group–that he’s not to be thrown away or cast aside, that he is a toy, something of value–and end the movie (and the whole franchise) with Woody, our beloved Sheriff Woody, throwing away all those years with Andy, Bonnie, Buzz, Hamm and the gang, casting aside such a magnificent friendship so many years in the making? Again, it just doesn’t gel with me.

There’s great value to plot continuity in any film, and that’s not what we were afforded in Toy Story 4. Again, sorry, not sorry.