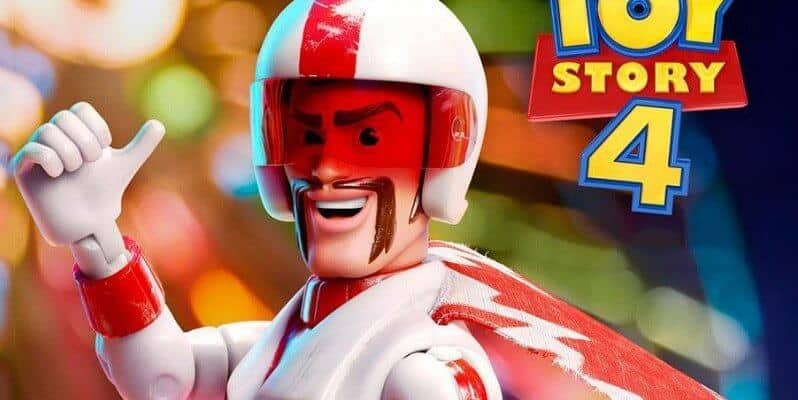 In a clip from the Blu-Ray/DVD release of “Toy Story 4,” set to drop on October 8, actor Keanu Reeves explains the connection he says he instantly had with the Canadian stuntman toy Duke Caboom from Pixar’s “Toy Story 4.”

Production designer for the film Bob Pauley says everything just fell into place with this actor-animated character duo.

“[Duke Caboom] is a stunt guy from Canada,” Pauley said. “You’ve got Keanu Reeves from Canada who loves motorcycles; the planets align on that character.”

Scott Clark, who supervised the animation of “Toy Story 4” was impressed with Reeves’ performance, pointing out that the actor came in before any drawings of Duke Caboom had been completed.

“I didn’t have a chance to do any animation yet so I just did some posing,” Clark explained. “We showed him some poses of Duke on the bike.”

Reeves says he was thrilled to be a part of the film and says he instantly connected with the Canadian stuntman toy who made his debut in the fourth installment of the “Toy Story” franchise.

He’s a really cool toy. Take a look at Pixar’s introduction to the stuntman before the theatrical release of the film.

“I don’t know what it was but I instantly connected to Duke,” he said. “Even when he’s talking to you he’s doing stunts. He can’t help himself.”

Duke Caboom’s ultimate dream is to be the best toy stuntman in the world. In “Toy Story 4,” he has turned the old school arcade appliance into a ritzy nightclub-style hangout for antiques and for lost toys. He plays a bit of an important role in saving the day toward the end of the film.

Was Duke Caboom one of your favorite new characters in “Toy Story 4?” If not, which character did you like best in the new film? Let us know in the comments below!