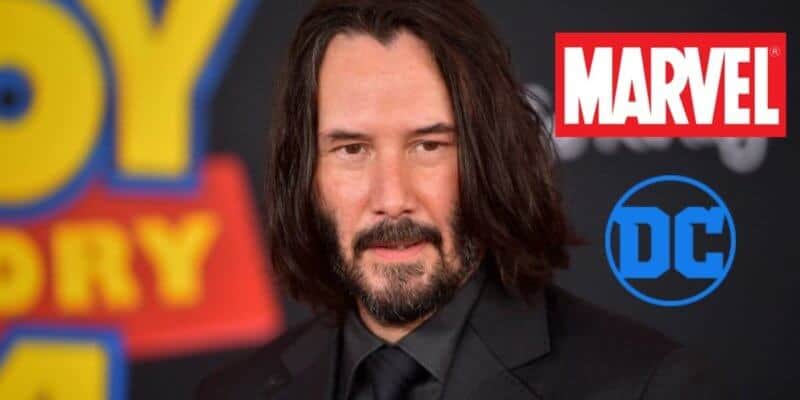 Keanu Reeves has been on fire lately. Following the success of the “John Wick” movies (and of course his role in “Toy Story4”), Reeves seems to be the hot topic everyone is talking about.

Recently, Reeves is seeking work in comic book movies including roles for both Marvel as well as possibly a return to DC. Some related rumors have now surfaced the internet saying one of the reasons Warner Bros. decided to move forward with “The Matrix 4” was to keep Keanu Reeves from doing a Marvel movie and to then bring him back as John Constantine with DC.

Kevin Feige, Marvel Studios producer, has confirmed recently that he indeed does want Keanue Reeves to join the Marvel Cinematic Universe. Marvel has already talked about casting Reeves in a role, but are just trying to find the perfect character for him.

In the past, Reeves has shown a lot of interest in the comic book character, Wolverine, and even stated once that he would love to play his part. Reeves has also shown interest in playing Adam Warlock in James Gunn’s upcoming “Guardians of the Galaxy Vol. 3.”

Another rumor floating around says that the “John Wick” team really wants Reeves to play Moon Knight in the new Disney+ series that was recently announced. Keanu Reeves’s name has also come up in discussion in fan casting for the MCU on top of playing Reed Richards of the Fantastic Four.

So as you can see, the rumors are continuing to spread and both Marvel and DC are showing strong interest in the “Matrix” star. We’re not sure what’s next for Reeves, but with both Marvel and D.C. interested in him as an actor, we wouldn’t be surprised if we saw him as a super hero on the big screen sometime in the near future.

Who do you think Keanu Reeves should stick with? DC or Marvel?