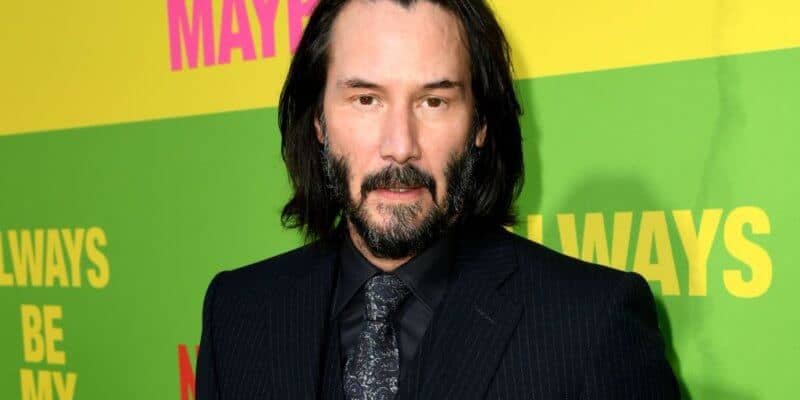 Keanu Reeves is a well-seasoned action star who has taken on some of Hollywood’s biggest action-packed blockbuster hits. However, one franchise he’s yet to take part in is Marvel Studios’ “Avengers” series, which he previously had been rumored to be in talks of joining. Today, it has been confirmed that Kevin Feige, President of Marvel Studios, is in talks with the actor. In fact, he’s actually been in talks with the actor for quite some time.

In a recent interview with Comicbook.com, Kevin Feige, chatted about the action film star when discussing the potential future involvement of new big names in the MCU. During the conversation, the reporter asked Feige outright of his thoughts of Reeves, to which he responded:

“We talk to him for almost every film we make,” Feige laughed. “We talk to Keanu Reeves about. I don’t know when, if, or ever he’ll join the MCU, but we very much want to figure out the right way to do it.”

When talking about Reeves, Feige compared him to Jake Gyllenhaal, who he said they had talked to “multiple times” before finally finding him the perfect role as Mysterio in the upcoming “Spider-Man: Far From Home.”

Feige is hopeful that a similar situation could occur for Reeves. However, at this time, nothing seems to be the perfect fit just yet. At least, if the company did find something meant for Reeves, Feige wasn’t ready to share it.

Only a few weeks ago did a rumor surface that the “John Wick” star might possibly be in talks to appear in the upcoming “Eternals” movie. However, Feige didn’t comment on this project or if it was anyway connected to Reeves.

What Marvel star would you want to see Reeves portray on the big screen? Let us know in the comments below!

It seems the “John Wick” star is looking to take part in even more action as a new report claims Marvel Studios is in talks to bring Keanu Reeves into the Marvel Cinematic Universe with what is believed to be a role in the company’s upcoming “Eternals” movie.

According to the fan site MCU Cosmic, it seems that negotiations are already underway between Reeves and the studios. In the report, it claims Reeves would be joining Angeline Jolie, Kumail Nanjiani, and Richard Madden in the Eternals film, which will continue to expand the cosmic side of the franchise.

MCU Cosmic didn’t reveal what part Reeves might possibly be playing. In their report, they also note that he has not yet signed on to be part of the franchise as he and the studios are only in talks. However, it seems Marvel Studios is the one seeking Reeves to join the film.

Not much information has been revealed about The Eternals since Marvel Studios revealed that the film would be part of the MCU lineup of films. All fans know about the movie is what Kevin Feige, President of Marvel Studios, said about it in an interview with Bionic Buzz last year.

“Your reaction about not being familiar with the Eternals is perfect, because most people weren’t familiar with Guardians [of the Galaxy] and believe it or not there were people that were not familiar with Avengers or with Iron Man,” Feige says. “So for us, its finding great stories whether people have heard of them or not and bring them to the big screen in as amazing way as we can.”

In a more recent interview promoting “Captain Marvel,” Feige reiterated a lot of the same points.

“Eternals are one group, but we like the idea of introducing an ensemble, doing an ensemble movie from the start, as opposed to building up as we did with the first Avengers. More like Guardians, not tonally, but in terms of introducing a new group of people,” he said to Collider. “You were asking about ’60s, and ’70s before. Jack Kirby did an immense, amazing epic with Eternals that spans tens of thousands of years, and that’s also something we haven’t really done, which is why that among many other things post-Endgame, we find appealing.”

These “talks” have not been confirmed by Reeves or Marvel Studios and should ultimately be considered rumors at this time.

What are your thoughts of Keanu Reeves possibly joining the MCU? Let us know in the comments below!