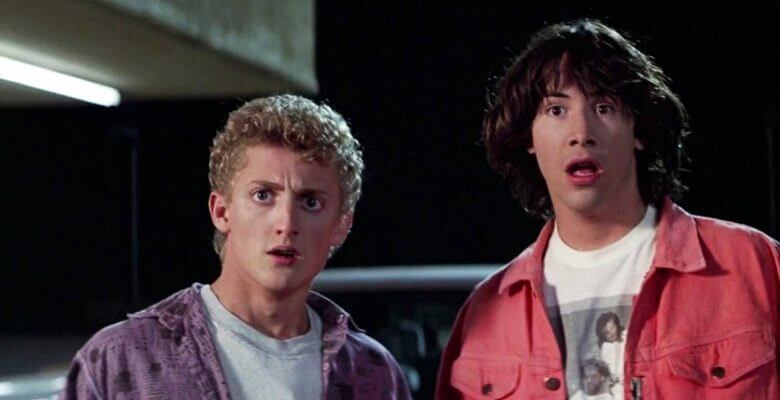 Bill & Ted may be leaving Halloween Horror Nights at Universal Orlando forever after this year’s event closes the curtain on the annual show, but the Wyld Stallyns may still be on their way to the big screens in the future.

A third Bill & Ted film has been in the works for quite some time and this weekend at New York Comic Con, Keanu Reeves, one of the film’s stars, announced that the title for the script is “Bill & Ted Face the Music.” Reeves was asked about the potential third film during a panel at the convention in New York.

“We’re trying,” Reeves remarked when asked about the project. “There’s a script out there. We’re just trying to get it made. Show business is tough.”

Reeves went on to explain a bit of the plot for the script.

“It’s a cautionary tale,” Reeves said. “They’re supposed to save the world. But when we see them, they haven’t saved the world, and they’re married and have kids. And they’re playing to nobody. … But they have to write the song… and face the music! Hopefully we’ll make it before I’m 60.”

There is no guarantee yet that we will still see a third film, but it is a good sign that Reeves seems to be excited about the project.