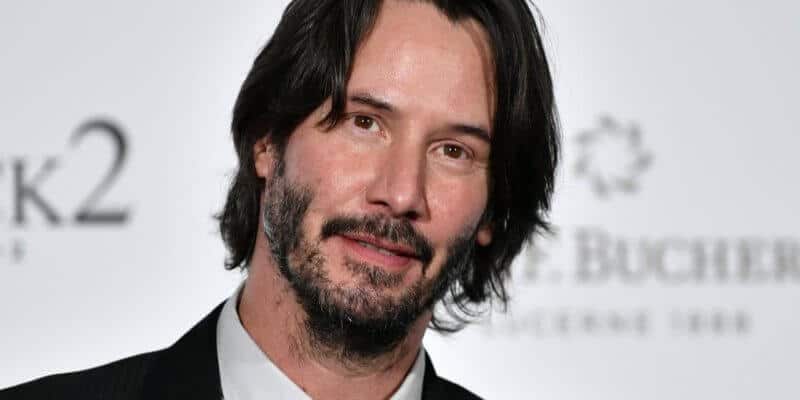 Action film star, famous for his lead roles in the “John Wick” and “Matrix” movie series, could be changing lanes to portray a “pint-sized” hero in “Toy Story 4.”

According to a new report by Observer, Keanu Reeves is reportedly playing Duke Kaboom, who “hails from a place where discontinued toys are sent.” Reportedly, this character is said to help the famous porcelain shepherdess Bo Peep in the new film when her sheep are taken away from her.

According to Comicbook.com, the idea of Reeves joining the “Toy Story 4” cast was first revealed back in November of last year on “The Tonight Show” by Buzz Lightyear star Tim Allen. “They really will surprise you with the toys they came up with. Characters came back, new guys in it that are great. Keanu Reeves has got a great part,” Allen said.

Reeves first spoke of his role in the film to Collider back in December 2018. He told them: “I got a call which was really cool out the blue from the lovely people at Pixar and the creators of this number, this edition, or continuation of the story…They pitched the character to me and then we spoke and they allowed me to kind of riff on it,” said Reeves.

Earlier this morning, Disney confirmed that Bo Peep would also be returning to “Toy Story 4.” A release by Pixar stated:

This long-lost friend of Woody, Buzz and the gang always shared a special connection with Woody, but they have not seen each other in years, and Bo has become chipped and faded over time. Bo’s strength and sarcasm always belied her delicate porcelain exterior, and it turns out she’s an adventure-seeking free spirit who feels right at home on the road. When she and Woody are reunited under unlikely circumstances, they realize they’ve grown worlds apart when it comes to life as a toy.

Fans of the franchise probably remember Bo Peep as a more passive character in the earlier films. But now, this shepherdess of sheep has changed and “taken control of her own destiny,” said “Toy Story 4” director Josh Cooley. “While Woody was watching Andy grow up, Bo gathered dust until she took it upon herself to head out into the world. And when Woody shows up, they can’t believe that they’ve found each other again.”

According to Comicbook.com, unconfirmed details revealed last week suggested the gang will embark on “one last trip” together while the neurotic Forky, who doesn’t believe he’s a plaything, gives Toy Story 4 the viewpoint of “an existential crisis through the eyes of a toy.”

This possible storyline from Comicbook.com has not been confirmed by Disney. The only confirmed details of the film’s plot include the following release, which was released earlier this morning:

Woody (voice of Tom Hanks) has always been confident about his place in the world, and that his priority is taking care of his kid, whether that’s Andy or Bonnie. So when Bonnie’s beloved new craft-project-turned-toy, Forky (voice of Tony Hale), declares himself as “trash” and not a toy, Woody takes it upon himself to show Forky why he should embrace being a toy. But when Bonnie takes the whole gang on her family’s road trip excursion, Woody ends up on an unexpected detour that includes a reunion with his long-lost friend Bo Peep (voice of Annie Potts). After years of being on her own, Bo’s adventurous spirit and life on the road belie her delicate porcelain exterior. As Woody and Bo realize they’re worlds apart when it comes to life as a toy, they soon come to find that’s the least of their worries.

What are your thoughts on Keanu Reeves possibly joining the cast of “Toy Story 4?”